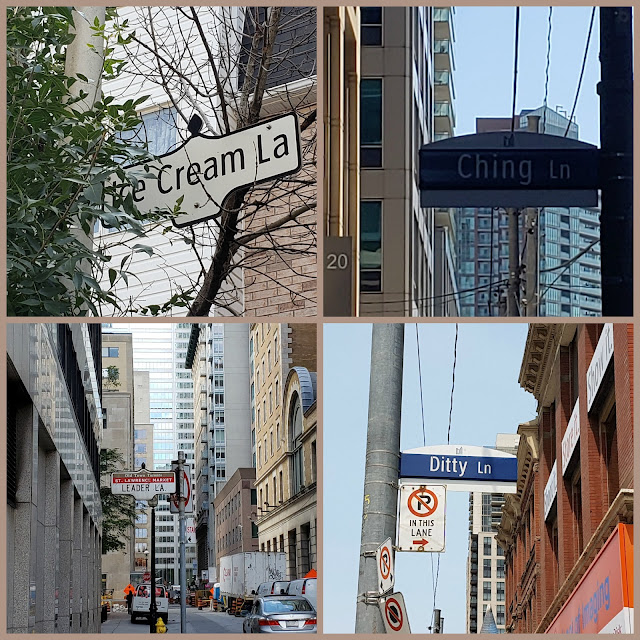 The origin of Toronto lane names is a new hobby of mine that started in 2020 as a way of getting out safely during the pandemic.

It is often said that Toronto is a city of neighbourhoods. But running through them are the 3,000 laneways that intersect rows of houses and stretches of shops.
Once paths for coal delivery and cinder removal, these lanes now serve as shortcuts for motorists, pedestrians and skateboarding teens, as well as conduits for some of Toronto’s seldom-told history.

About 10 per cent of the 3,000 lanes are named, mostly by residents who nominated a person — and in several cases, a horse — those who made a contribution to the city as it is known today.
Named lanes are better for emergency vehicles as well as delivery services such as food and parcels.

Click on links to discover the origins of the names. Updates ongoing. 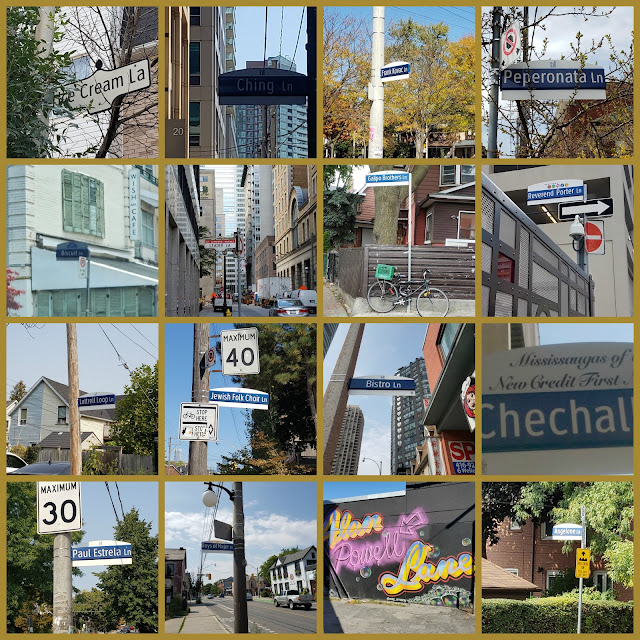 Some neighbourhoods I mention are not on this map, I will attempt to figure out where they fit until I find a better map. 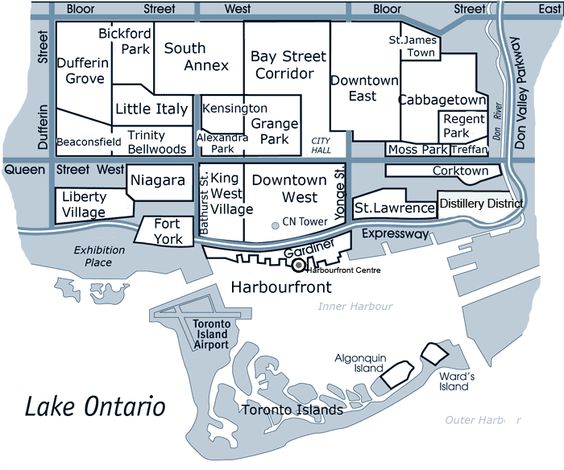 A commenter asked about the name Cabbagetown so I thought I should include the neighbourhoods as well so I have rearranged the list below by neighbourhood.
CABBAGETOWN

Like most 19th century Torontonians, the initial residents were dominated by immigrants from Great Britain. In the years after WWI the neighbourhood gradually became less desirable and more heterogeneous. By the 1930s it had become the home of many immigrants from other parts of the world, including many Eastern European Jews who transformed several of the residences and churches into synagogues (including the First Narayever Congregation which continues to the present day). They, along with the Black residents, faced considerable discrimination renting or buying homes in more affluent Toronto neighbourhoods. As the neighbourhood transitioned into an immigrant reception area, many of the formerly single family houses became shared by two families, and boarders. Subsequent waves of immigration altered the demographics of the area, with many Hungarians arriving following the failed revolution in 1956, and Portuguese in the 1960s and 70s.
Alan Powell and Art Eggleton Lanes
Boys of Major, Peperonata, Jewish Folk Choir Lanes
Bagpipe Lane
Leah Cohen Lane
Frank Kovac Lane

Seaton Village is a neighbourhood and former village located west of Downtown Toronto. It is named after John Colborne, 1st Baron Seaton, Lieutenant-Governor of Upper Canada from 1828 to 1836. Seaton Village is bordered by Bloor Street to the south, the Canadian Pacific Railway tracks to the north, Christie Street to the west, and Bathurst Street to the east. Officially, it is an enclave within The Annex neighbourhood, as defined by the City of Toronto. It is sometimes referred to as the West Annex. While Seaton Village shares several characteristics with the Annex (notably its architecture and its popularity with University of Toronto students), it is often perceived as a quieter, family-oriented neighbourhood with smaller, less expensive homes. The Koreatown shopping district is at its southern border. 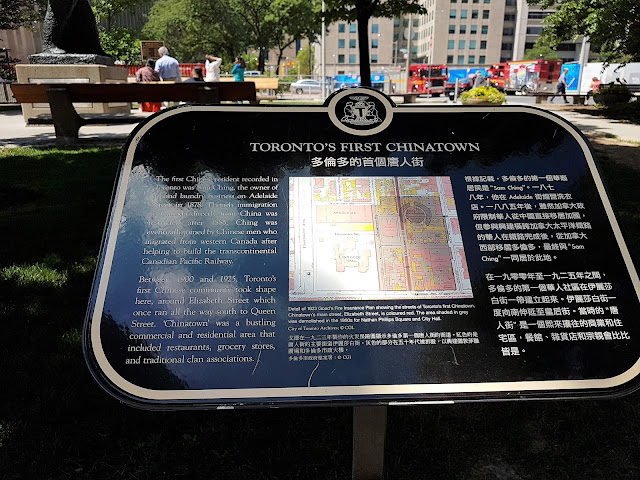 This first Chinatown thrived until the late 1940s when the City of Toronto began its controversial expropriation of much of the neighbourhood to make room for a new City Hall and Nathan Phillips Square. Demolition finally took place in 1955. Some Chinese businesses could not afford to re-locate and closed. Others packed up and moved west along Dundas Street to Spadina Avenue where they became the heart of today's ‘Old Chinatown'. 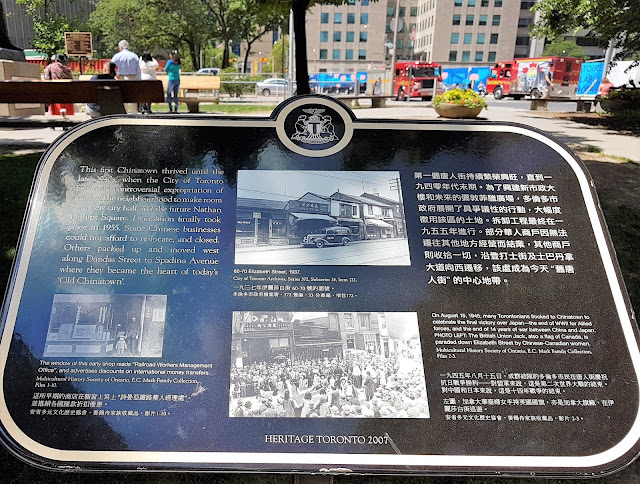