February 2021 - Toronto ON
Dyer Lane, was named in 2013 for a young soldier. Cpl. Ainsworth Dyer, 24, along with three others, was killed in Afghanistan in 2002 by friendly fire from an American fighter jet. Dyer grew up in Regent Park and later, Edmonton, where a bridge is named after him. 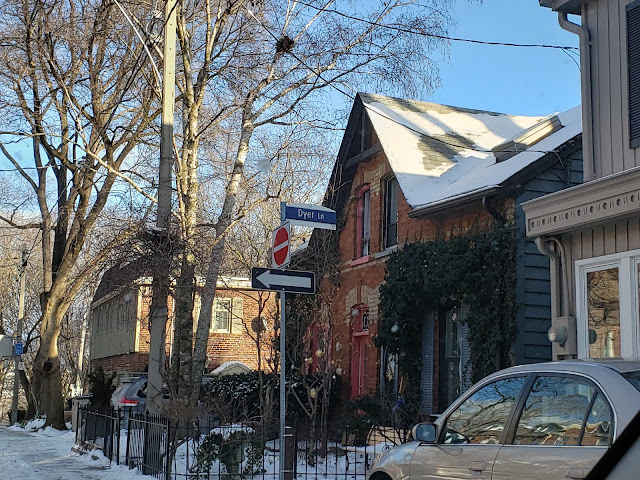 Exchange Lane - after the work of Alexander Graham Bell who, in 1879, established the first telephone exchange in Toronto with Hugh Lewis, the Cabbagetown resident of 295 Carlton Street, being the first of 40 subscribers. 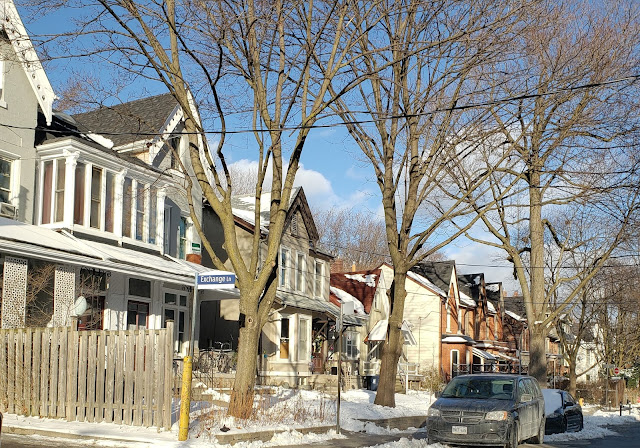 John McIntosh Lane: Bonnie Gibbons lives on Barton St. and is the ancestor of John McIntosh, who “discovered” the McIntosh apple in 1796. Now there are 300,000 trees around the world. The family has resided in Toronto for three generations. 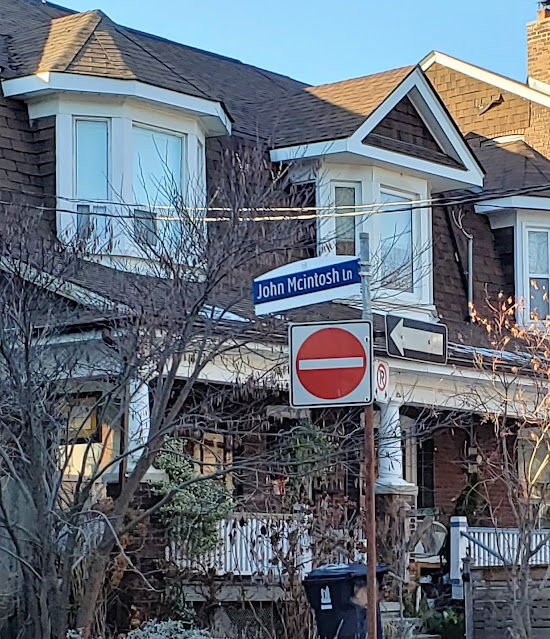 Posted by Jackie McGuinness at 6:28 PM