Travel Tuesday
Our World Tuesday
Image-in-ing
My Corner of the World
Postcards
May 2021 - Toronto ON
Click here for a history of Toronto lane naming and a list of other lanes with neighbourhood descriptions. That post is a work in progress, and gets updated frequently.
O’Riordan Lane - after Mary O’Riordan D.V.M. who was born in 1925 in Ireland. “Dr. Mary”, as she was known, was said to be the first female veterinarian to be licensed to practice in Ireland. By 1963, she immigrated to Canada and lived in Toronto where she worked in an animal hospital. O’Riordan subsequently owned her own animal hospital and offered her clients the service of house calls.
In 1975, her book Dr. Mary’s Animals was published and as a result, she became more widely known in the community as Dr. Mary. O’Riordan was one of the founders of Cabbagetown’ s annual Forsythia Festival and she was a director of the Toronto Press Club. She resided at 160 Amelia Street where she died in 1993. 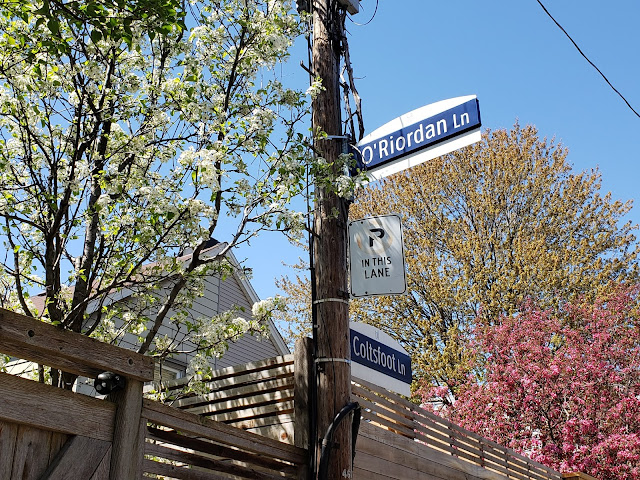 We were here just after the Forsythia Festival and this house still had its decorations. 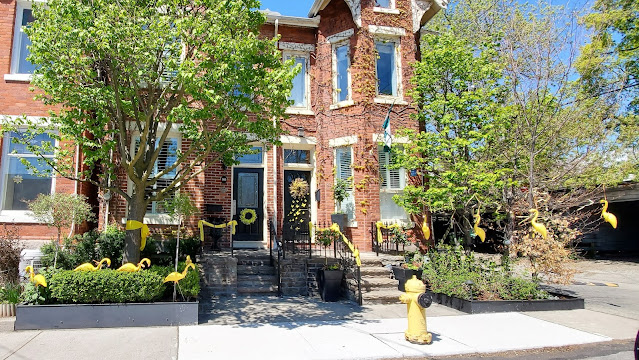 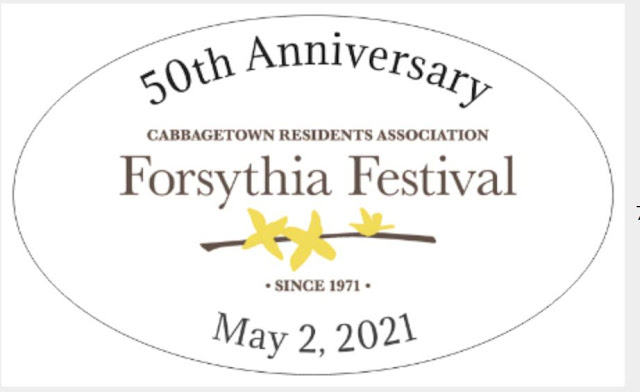 Posted by Jackie McGuinness at 8:25 AM