China - Emigrating to the US

I found this fascinating!

From an article in the NY Times
National Archives An apparent study aid or coaching document found among an immigrant’s papers.

Email ThisBlogThis!Share to TwitterShare to FacebookShare to Pinterest
Labels: China 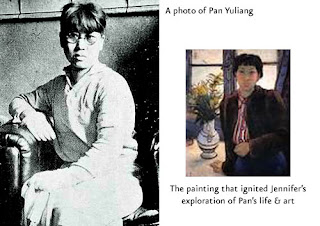 Ijust finished this book. I enjoyed it even though I don't think the writing was as good as it could have been. I felt like I wasn't getting deep enough inside her head.
However most reviews were very positive.

When I finished it I realized it was a true story of a Chinese girl sold into prostitution who managed to escape that life by becoming the concubine of a good, educated man. She discovers she can paint and goes on to become one of the first truly modern artists in China. She is very famous for her nude paintings which were shocking for those times in China.

It also gave me an insight into the Cultural Revolution. I am now reading China Witness which relates true life stories of people who lived through it. 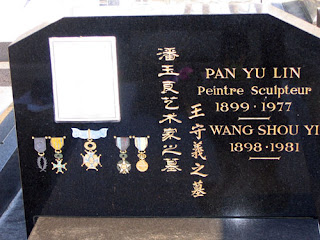 Posted by Jackie McGuinness at 9:14 AM No comments:

USE BUTTONS AS EARRING HOLDERS

When you’re packing jewelry, be sure to also pack a drinking straw and a few buttons.Drinking straws can protect your necklaces from tangling. Simply thread one end of the necklace though the straw and secure the clasp.The straw will keep it from tangling and knotting in the bottom ofyour bag. Buttons can hold and keep your earrings secure. Simply put the earring post through the button hole. Then, place the back of the earring on the other end. This keeps them out of the creases of your jewelry bag (making them harder to lose). You can put the other earring in the same button, to keep them together. That way, they’ll be easier to find when you’re dashing out for dinner.
Posted by Jackie McGuinness at 8:54 AM No comments: