Toronto ON
Click here for a history of Toronto lane naming and a list of other lanes. That post is a work in progress, and gets updated frequently.

The innovative community initiative, Dragon Alley Community Garden, supported by FoodShare, was recognized by a lane being named.

Throughout the summer months local residents worked together in maintaining this community garden. From the youngest resident to the eldest, everyone worked as a team to plant and maintain a variety of fresh herbs and vegetables for local consumption. Residents jointly decided to name their garden: "Dragon Alley Community Garden." 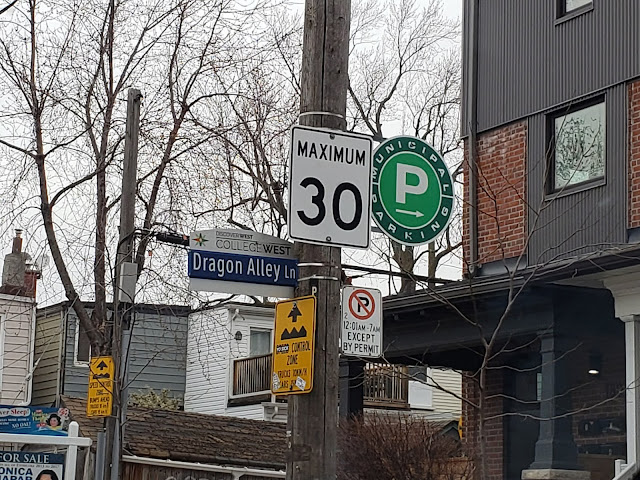 Loretto Lane is named for the school that occupied the property immediately to the west for nearly 50 years.
Loretto College School was founded as a private school by the Sisters of the Institute of the Blessed Virgin Mary in 1915. The roots of the school go back to 1847 when the Loretto Sisters from Ireland opened a boarding and day school for young Catholic women in Toronto. However, the origins began in 1913 while the building is being erected, classes for the school began in a three storey house with the commercial students from Bond Street moved to the "Casa" and the 538 music students moved the following year. The Loretto Day School opened in September 1915 on Brunswick Avenue with 200 girls, boarders and day students from Grades 1 to 13 with a few boys from Grades 1 to 3. Afterwards, Casa became simply a residents for the sisters. In 1918, following the move to Brunswick from the old Abbey, the school became known as "Loretto Abbey Day School and College" before becoming "Loretto College School" even though the College component moved to St. George Street in 1937. 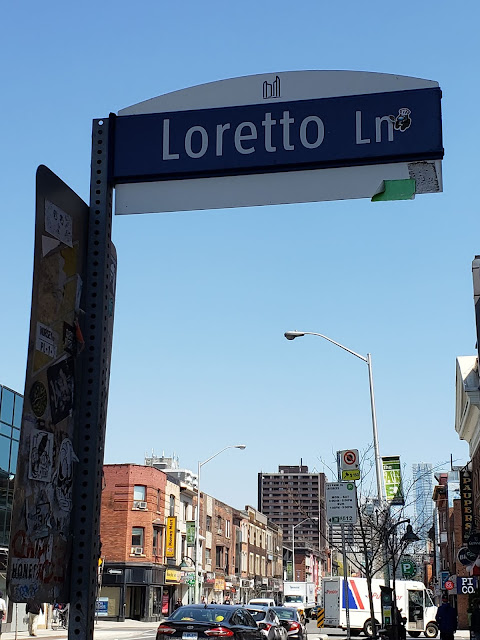