Typically there are no dwellings in these lanes. 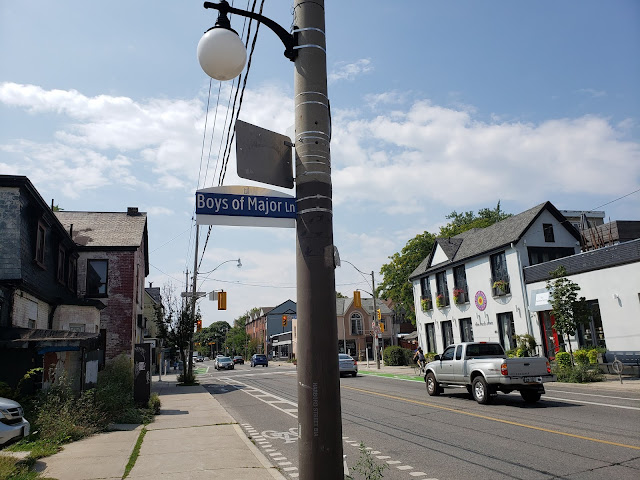 The Boys of Major Street - memorializes several young men of Major Street who fought in the Second World War, at least four losing their lives. They spent their youth in the city playgrounds, Jewish immigrant kids too poor to afford a bat and ball, never dreaming they’d own a baseball mitt. These boys were among the earliest to enlist, some lying about their age, 17-year-olds going to war. 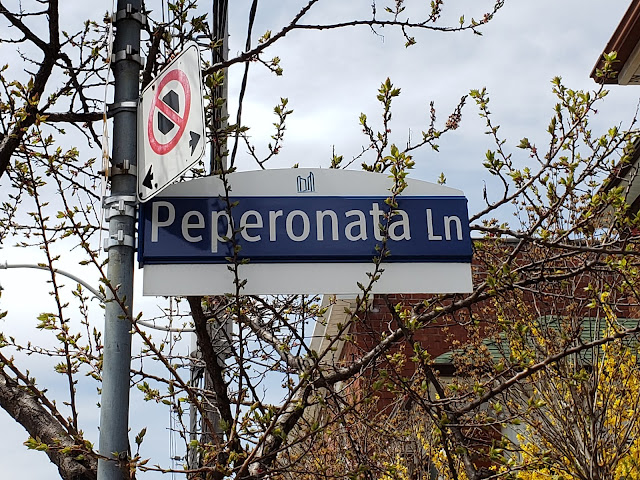 Francesco Gallé and his family are famous in their community for sharing their Italian traditions and love of food. In their annual pepper roast every fall known as Peperonata, the Galle’s invite neighbours to partake in the festivities, and to enjoy a meal of roasted red peppers and potatoes.

It is a tradition so cherished that a lane way has been named in its honour. 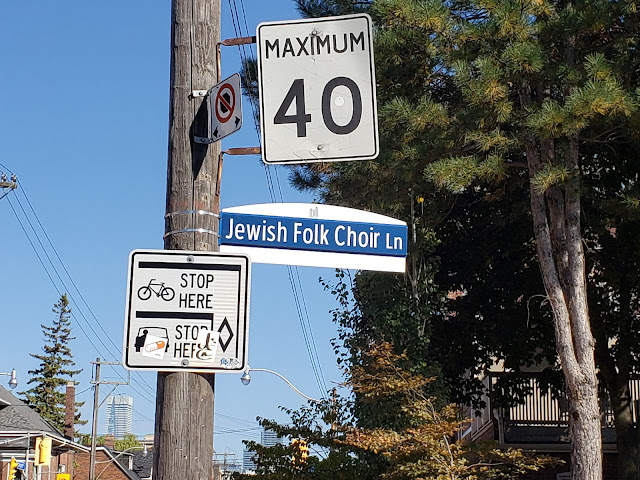 Jewish Folk Choir Lane "Everyone has heard of the Mendelssohn Choir. The Jewish Folk Choir is less well known, even though its story is deeply and inextricably connected to the community we call Palmerston. The choir was founded in 1925 by factory workers in the textile trade in and around Spadina Avenue, both as a recreational outlet and as a way to bring Yiddish musical culture to the Jewish community. In 1939, it hired Emil Gartner, recently arrived from Austria, to serve as its conductor. Together with his wife Fagel, Emil built the choir into a choral powerhouse. Under Emil’s charismatic leadership, the Jewish Folk Choir was able to attract superstars like Paul Robeson and Jan Peerce to sing with them; to commission or premiere new choral works; and to sing on a regular basis at Massey Hall with the Toronto Symphony. Throughout this period, the choir’s epicentre was the Gartner’s apartment in a house at 388 Palmerston Boulevard".
Ice Cream Lane
Ching, Ditty, Leader Lanes
Boys of Major, Peperonata, Jewish Choir Lanes
Posted by Jackie McGuinness at 12:30 AM