Tom the backroads traveller hosts this weekly meme.
Travel Tuesday
Our World Tuesday
Image-in-ing
My Corner of the World
Postcards
Toronto ON
Click here for a history of Toronto lane naming and a list of other lanes. That post is a work in progress, and gets updated frequently.
I cannot find out who/what Glen Baillie was. I did find a Toronto police officer by that name who died in 2020, but I believe the lane has been named since the 1880s.
I am leaning towards it being a Scottish place name since the houses were built for English workers.
Walking along Spadina Avenue between College and Dundas streets, it is easy to miss the slip between two tall red-brick buildings that leads into Glen Baillie Place, a tiny residential oasis behind all the clamour of Chinatown. Down the alleyway, which is marked by the smell of food wafting from nearby noodle restaurants and dumpling shops, a surprisingly wide street appears. It’s lined on both sides by cottages that were built for English construction workers around 1888. The ones to the south are brick, with arched porticos, and the ones to the north have vinyl siding with pitched shingle roofs. In the gap between, kids bounce basketballs on the asphalt. 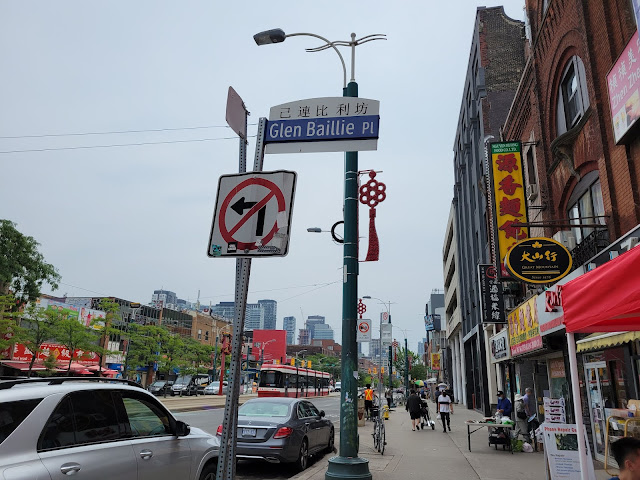 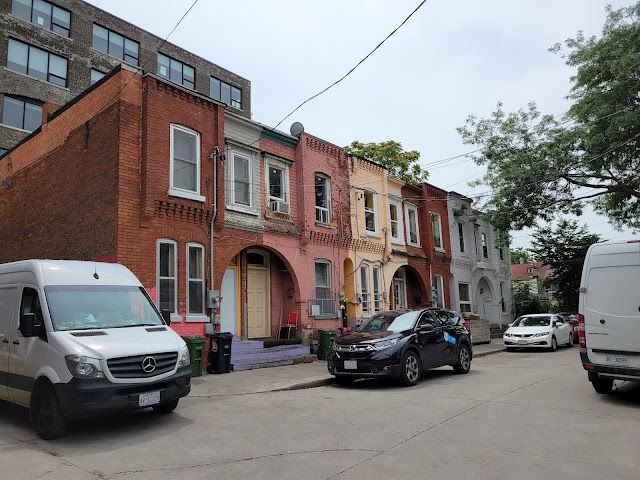 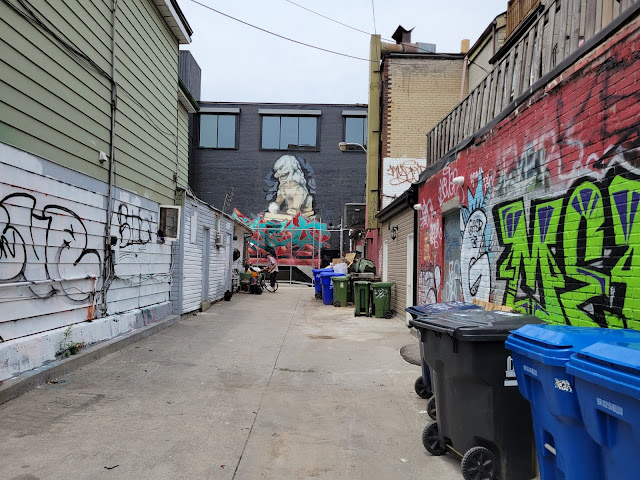