This is not just a lane with a street sign, it is an alley full of murals painted on the garages!

Alan Powell was a University of Toronto professor, social activist and promoter of the arts in Canada. 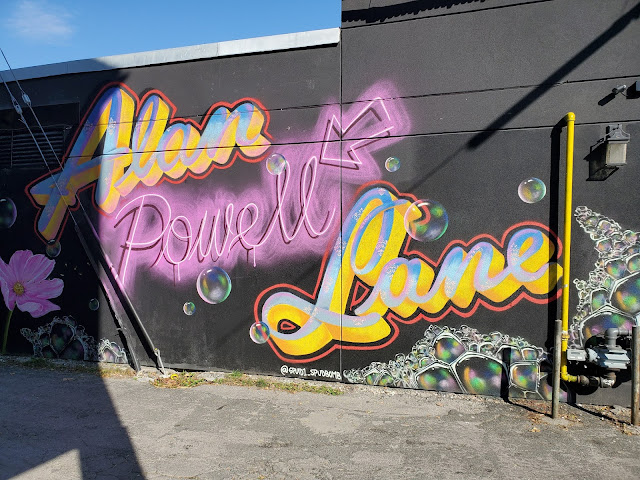 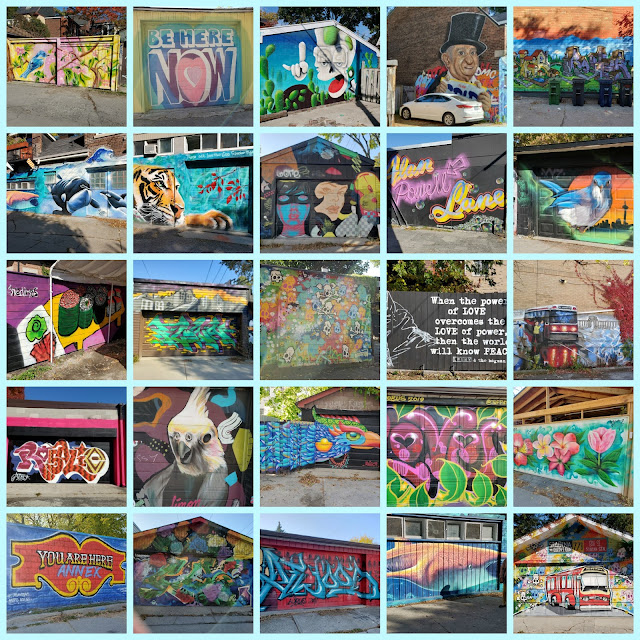 There is another lane close by named for Arthur C. "Art" Eggleton, PC (born September 29, 1943) a retired Canadian Senator representing Ontario. He was the longest serving Mayor of Toronto, leading the city from 1980 to 1991. Eggleton has held several federal government posts, including President of the Treasury Board and Minister of Infrastructure from 1993 to 1996, Minister for International Trade from 1996 to 1997, and Minister of National Defense from 1997 to 2002.
This lane is also a living "art" gallery. 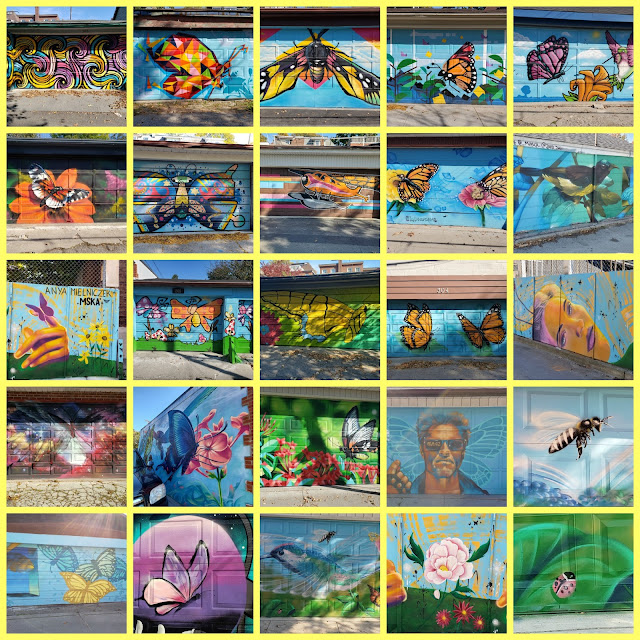