Spice Mill Lane runs north from Adelaide Street East to Lombard just west of the Spire Condominium. It was named in 2012 to commemorate the spice mills that were once prominent in this neighbourhood and nearby to Lombard Street. City directories from the late 19th century list many importers and wholesalers of all sorts of goods, including spices, coffee, tea, chocolate, and other baking goods like extracts and baking powders. 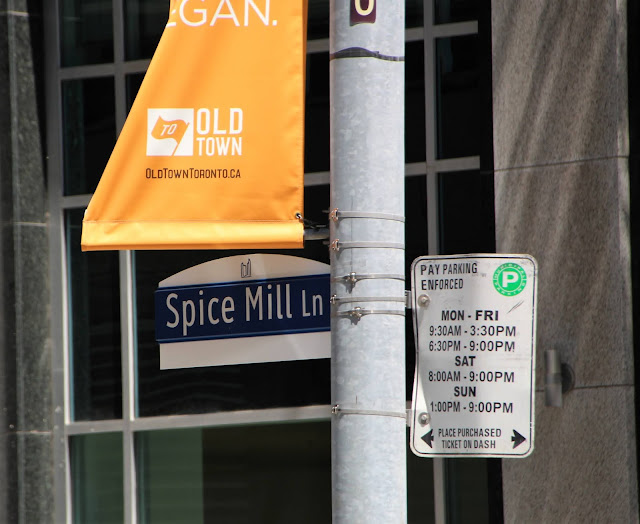 While not the largest spice mill in town, Thompson, Bradshaw and Co. occupied the building labelled “Spice Mills” at the north end of Spice Mill Lane. They were the first tenant, occupying two floors and the basement of a new factory building that was constructed here in 1889/90. By 1892, Thompson had dropped out of the picture and his partner Mr. William A. Bradshaw, had switched gears to soap manufacturing, using the business name Toronto Soap Company. He remained in this building until 1895. 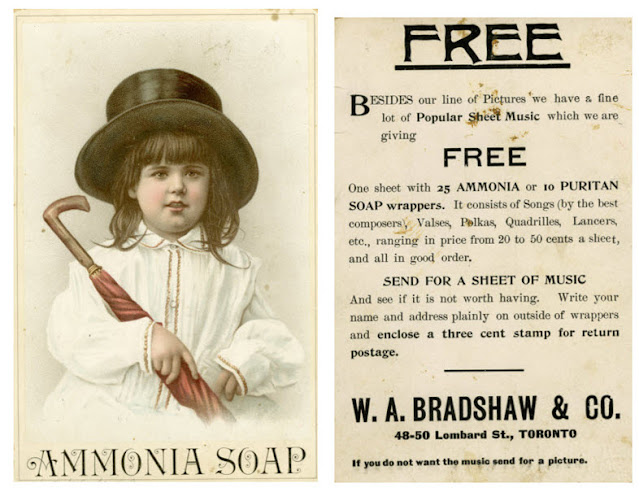