Tom the backroads traveller hosts this weekly meme.
Travel Tuesday
Our World Tuesday
Image-in-ing
My Corner of the World
Postcards
Toronto ON
Click here for a history of Toronto lane naming and a list of other lanes with neighbourhood descriptions. That post is a work in progress, and gets updated frequently.
Note Luttrell Loop Lane post has an additional photo added from our visit to the Halton County Radial Railway Museum this week.
When you cross Spadina at Queen St. Graffiti Alley becomes Lot Street Lane. 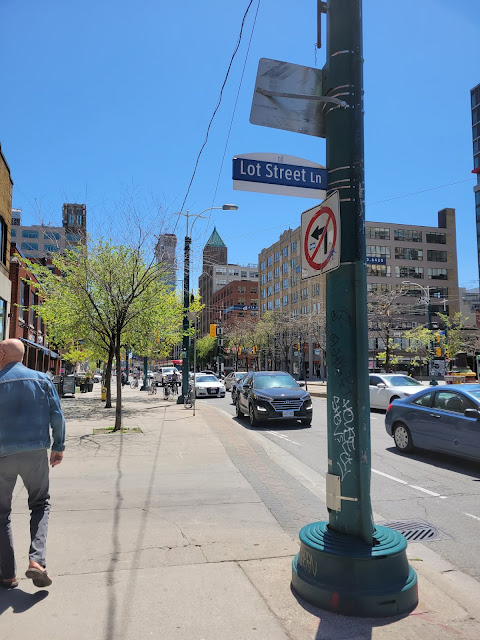 Further along on Queen St. West (around Portland??)
Originally known as Lot Street, it was the baseline established by the Royal Engineers, when they laid out the town of York (now Toronto) in 1793.
It was renamed in the 1840s in honour of Queen Victoria. 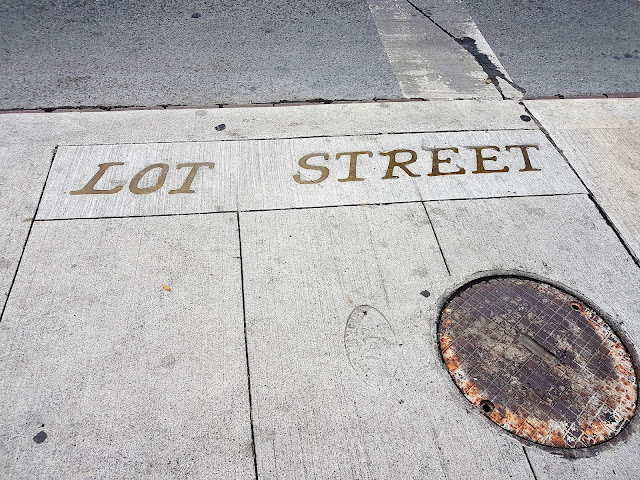 Lot Street marked the southernmost perimeter of a series of 100- acre park lots, which extended north to what is now Bloor Street. By setting aside these tracts of land for the gentry, the surveyors signalled the expectation that Upper Canada would perpetuate the British class system. Among those granted Park lots were Chief Justice John Beverley Robinson, lawyer and dry goods merchant D’Arcy Boulton Jr., business entrepreneur George Allen, and Doctor William Warren Baldwin, all of whom were prominent in the new community. Established in large part to provide for an influx of United Empire Loyalists fleeing the War of Independence south of the border, by the 1830s the prestige attached to the ownership of land had been overtaken by the desire to subdivide lots for speculative building due to urban expansion.
Posted by Jackie McGuinness at 12:30 AM