The Words Don't Fit The Picture

THE WORDS DON’T FIT THE PICTURE is a text-based work made in response to the context, building and public surrounds of the Vancouver Public Library. The work takes the form of a large freestanding sign that sits in front of the VPL just off the southern entrance of the building in a heavy pedestrian traffic area. The sign takes its cues from an era of signage when signs were once seen as celebratory, grand and iconic – in effect, as landmarks in their own right as a kind of symbolic architecture (think: Caesars Palace, The Flamingo, The Stardust – to the landmark of all landmarks, Hollywood). In tracing this lineage, the work also acknowledges a local history when Vancouver was once seen as one of the neon-light capitals of North America. In adopting the form of a sign, THE WORDS DON’T FIT THE PICTURE elides the classifications of traditional sculpture, by evoking a typology that is at once familiar and accessible. Taken within the context of a public library, the work touches upon – in a very poetic way – the use of words and language as boundless and imaginative, as a catalyst for a multiplicity of meanings. 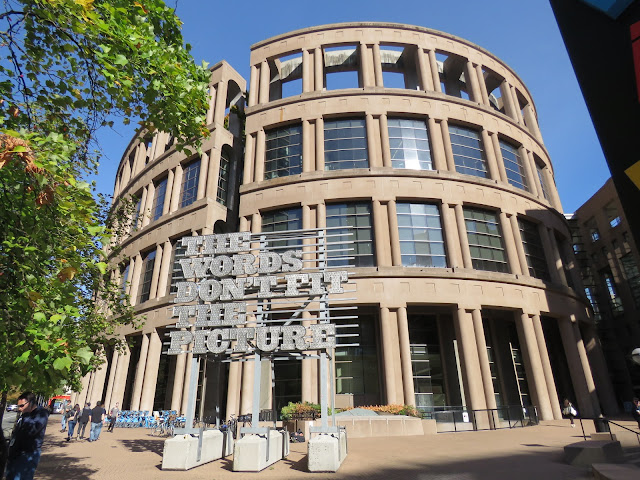 The Words Don't Fit The Picture - Willie Nelson
Posted by Jackie McGuinness at 1:00 AM