For decades tourists have driven through Rapid City with nary a thought other than their destination of Mount Rushmore to see the faces of four famous presidents.
Until 1999, when a life-size bronze Lincoln was displayed in a local hotel lobby, and became a huge hit.

And now they are all here, except Obama, in the works and the current president.

The walk features 42 statues, although the current president is 45th. Grover Cleveland served twice as president, but wasn’t re-elected after his first term. He won the 1884 and 1892 elections, thus serving as the 22nd and 24th president.

Dallerie Davis, co-founder of the City of Presidents Project said that there is no order or plan on the placement of the "pose with me" sculptures.

They also represent something that the president was known for, hobbies, pets, children.

The Downtown Rapid City website is my source for the presidential descriptions.

I realized that showing all of them in one post would be overwhelming so I will post a president a day in no particular order.

I will start with one of my favourites. 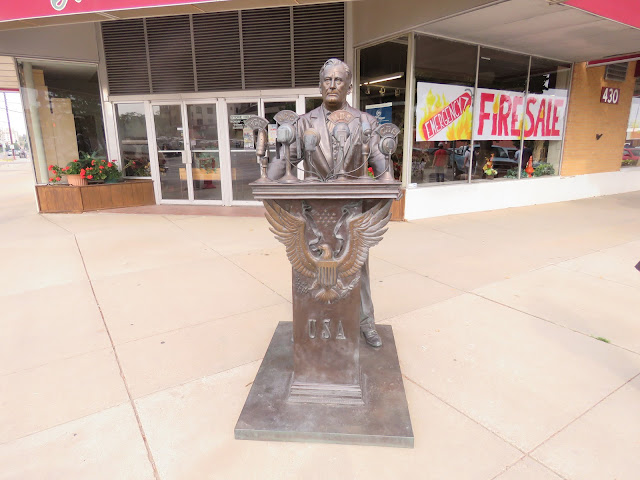 "The only thing we have to fear is fear itself." These were the famous words spoken by Franklin Delano Roosevelt during his Inaugural Address. The 32nd President was sworn into office at a time when the country was in the strangling grip of the Great Depression. Roosevelt was born in New York in 1882 and would go on to attend Harvard University and Columbia Law School. He would be nominated to the New York Senate in 1910 and become the Democratic nominee for Vice President in 1920. In the summer of 1921, FDR was diagnosed with poliomyelitis, a disease that he would battle for the rest of his life. Roosevelt was elected President in November 1932. The country was starting to see some recovery from the Great Depression by 1935, thanks in large part to Roosevelt's New Deal Program. Other accomplishments include the Social Security Act and the repealing of Prohibition. Roosevelt also led the country through World War II and helped to establish the United Nations. He died while at Warm Springs, Georgia, of a cerebral hemorrhage in 1945. FDR's statue stands delivering the famous "day which will live in infamy speech" on the corner of 5th St. & Main St. The statue reveals a hint of Roosevelt's leg braces and shows him gripping the podium to steady himself, an image which projects the President's strength. 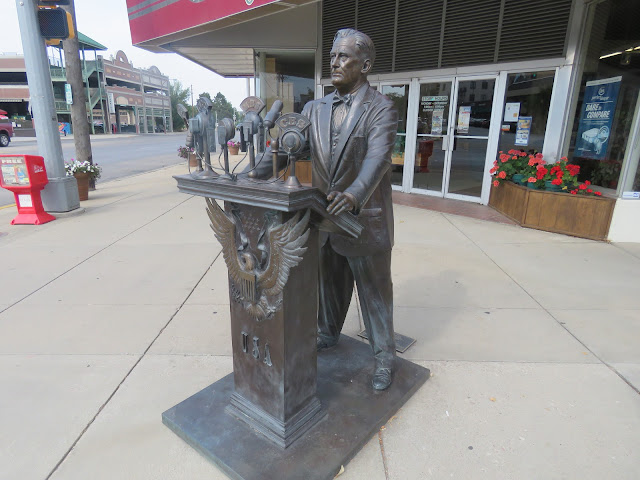 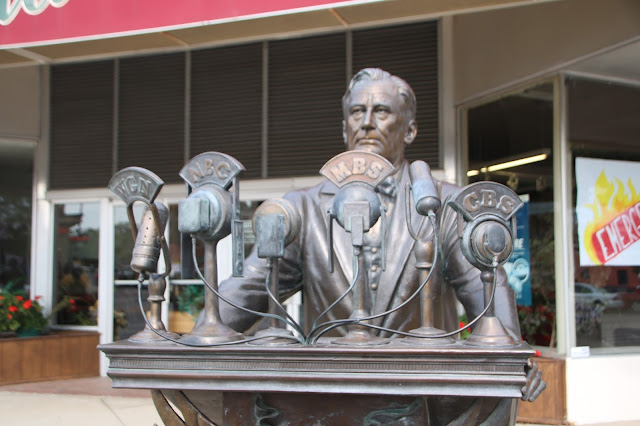 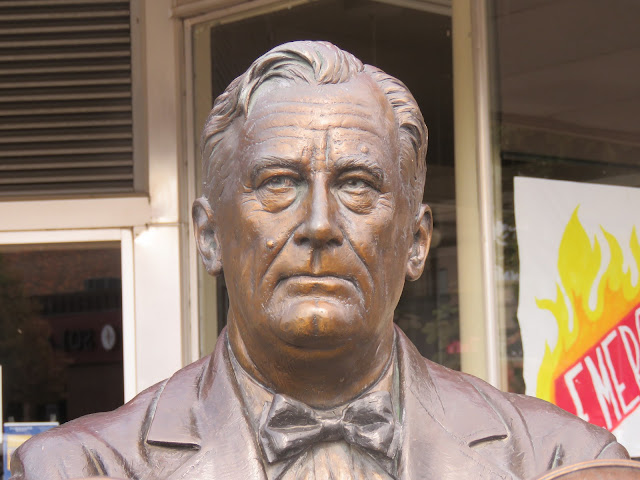 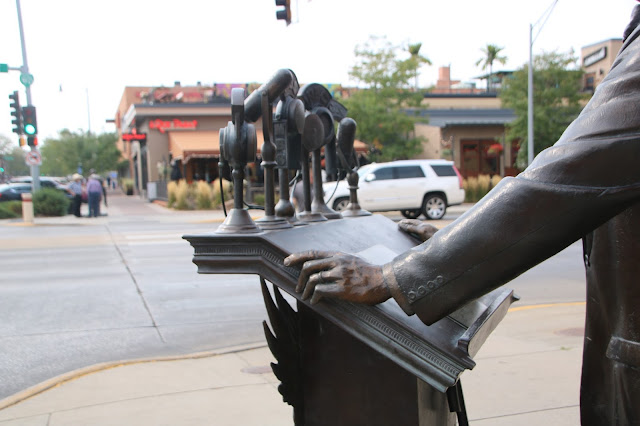 Posted by Jackie McGuinness at 10:16 AM