The 27th President holds the unique distinctions of being the only President to also serve on the Supreme Court and the first to throw out the opening pitch of a major league season. Taft is also known for being the heaviest Commander-in-Chief, weighing in at around 300 pounds. Born in 1857, Taft graduated from Yale and preferred law to politics. President Roosevelt made him Secretary of War before deciding that Taft would be his successor. Taft, ever the competitor, is depicted readying to throw a fastball while shaking off the catcher's sign. His statue can be found on the corner of Mt. Rushmore Rd. & Main St. 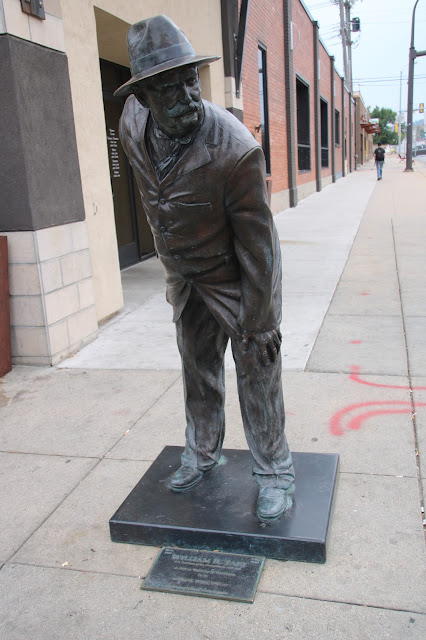 39 Carter
Posted by Jackie McGuinness at 8:32 AM