John Tyler was the nation's first Vice President to ever inherit the Presidency after the death of his predecessor. Because of this distinction, Tyler was dubbed "His Accidency" by his opponents. The 10th President was also the first to have an impeachment resolution introduced against him in the House of Representatives. The resolution was ultimately vetoed. John Tyler was an accomplished violinist who was also a student of law. Tyler worked to create the Southern Confederacy after the first southern states seceded in 1861. He died while serving as a member of the Confederate House of Representatives. Tyler stands proudly with his violin on the corner of Mt. Rushmore Rd. & St. Joseph St.

Sculptor: Lee Leuning
No mention of him being love-struck... 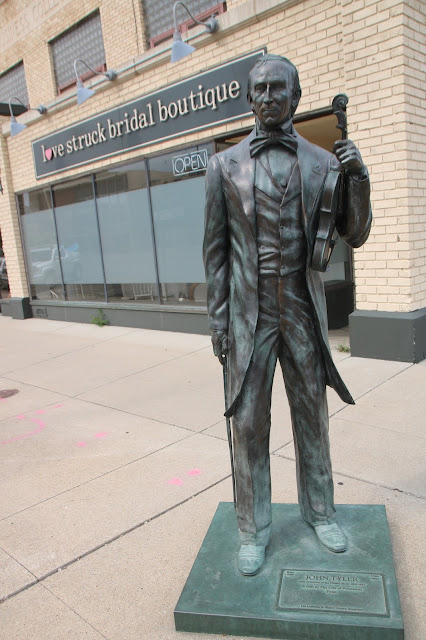 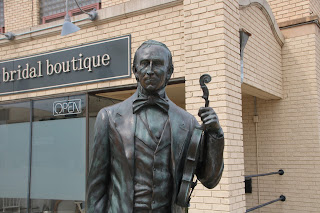