As I said there is no order to my posts, I am keeping a running list below. 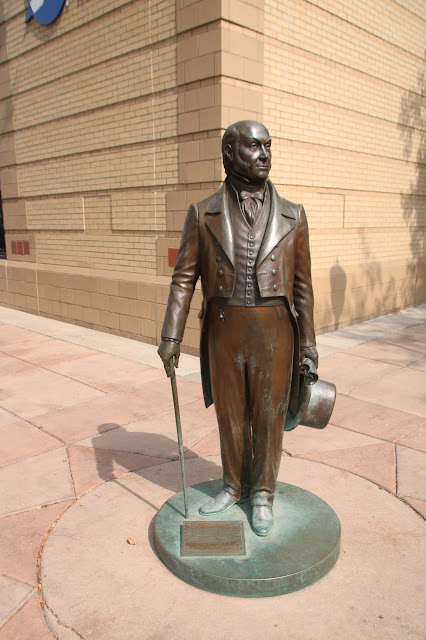 The sixth President stands on the corner of 7th St. & Main St. in his full formal dress, just as you would have seen him in the past. He is the son of second President John Adams and is often referred to as one of America's greatest Secretaries of State. Adams urged the U.S. to take a lead in developing the arts and sciences through a national university and broke ground on the 185-mile C & O Canal. In 1848, John Quincy collapsed on the floor of the House from a stroke. He died two days later. 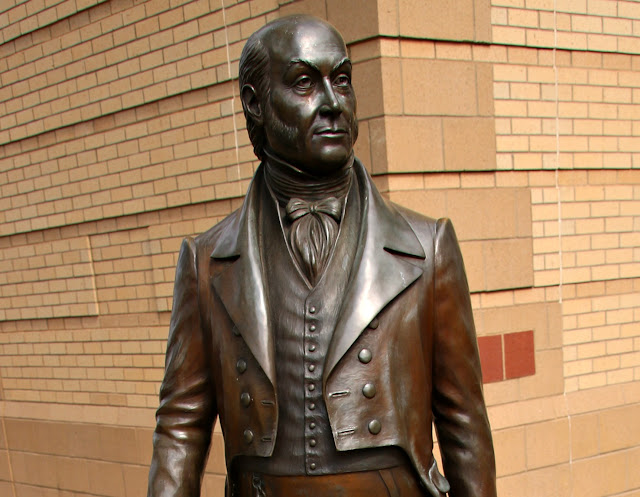 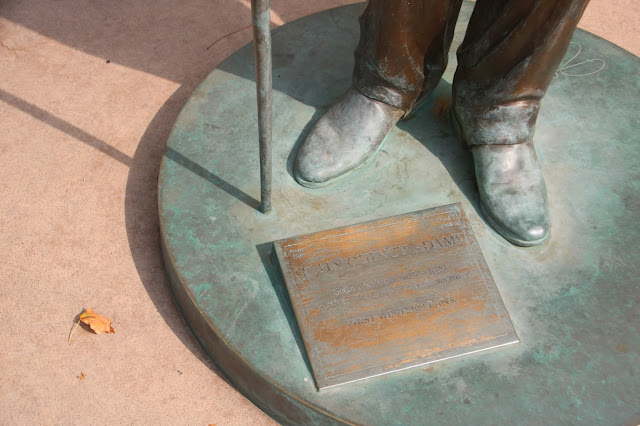