I was looking for a photo and ended up cleaning up a folder of photos from 2004. Yes, I get distracted and annoyed when I see how I filed back then.

I found this church, took a guess on where it might be, and then Googled images and it jumped right out at me.

We were visiting Yuma AZ when we took this photo. Upon investigation it is in Winterhaven CA which is across the Colorado River from Yuma AZ. 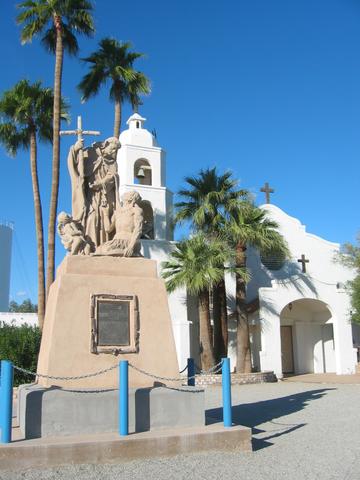 Construction began on the Purísima Concepción Mission in the fall of 1780 by Fathers Juan Antonio Barreneche and Francis Tomás Hermenogildo Garcés. Poorly defended, the mission was destroyed the following year, during a raid and massacre over the period of July 17–19, 1781 by Quechan (Yuma) Indians, frustrated by their treatment at the hands of the Spanish colonists. The raid left fathers Garcés and Barreneche dead, beaten to death with clubs, over 100 Spanish settlers killed, and 74 more were held as prisoners until Governor Pedro Fages paid a ransom for their release in 1782.

This is the rickety bridge over the Colorado River you cross from Yuma AZ to Winterhaven CA. You can just get a glimpse of the church. 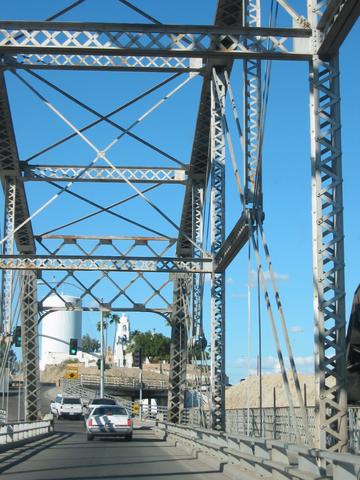