James Madison might have been a man of small stature (he stood only 5'2" tall and weighed just one hundred pounds) but his contributions to the creation of the country were anything but little. Perhaps the most intellectual of all Presidents, Madison studied history and government, as well as law, at what is now Princeton University. He participated in the forming of the Virginia Constitution in 1776, served in the Continental Congress, and was a leader in the Virginia Assembly. Madison also assisted in the framing of the Bill of Rights, and served as President Jefferson's Secretary of State before becoming the country's fourth President. Madison's statue stands on the corner of 7th St. & St. Joseph St. with his finger holding a page in a reference book. 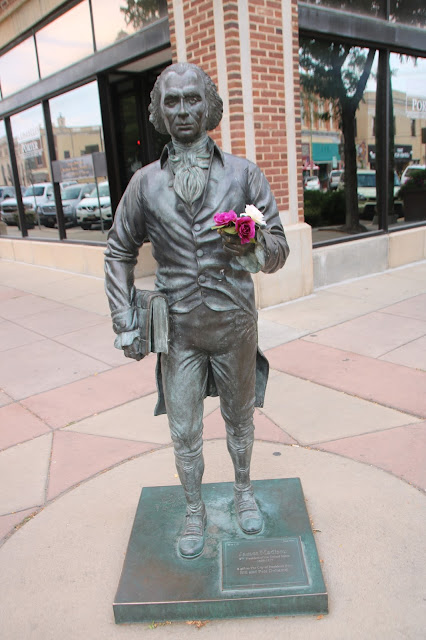 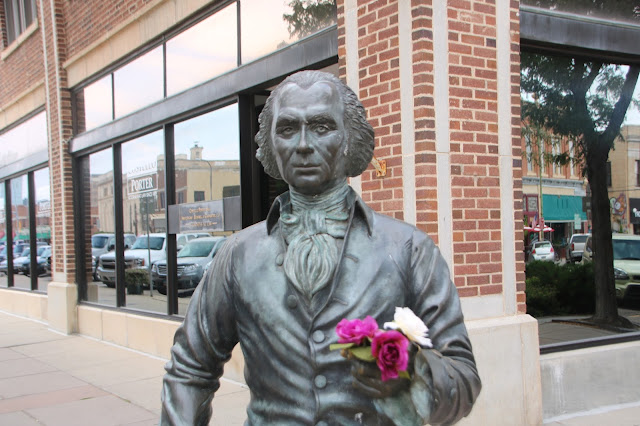 39 Carter
Posted by Jackie McGuinness at 8:30 AM