The 15th President is perhaps remembered more for the actions he didn't take as opposed to those that he did. Buchanan is generally thought to have not grasped the political realities of his time. It is for this reason that his sculpture shows him with his hands held behind his back, symbolizing the timidity he showed in the face of catastrophe. He stands on the corner of 9th St. & Main St. Born in 1791 in Pennsylvania, Buchanan grew to become a talented debater. While President-elect, he mistakenly thought the domestic issues of the country would simply dissipate. They didn't. In 1860 the Democratic Party split and the country moved ever closer to a civil war. 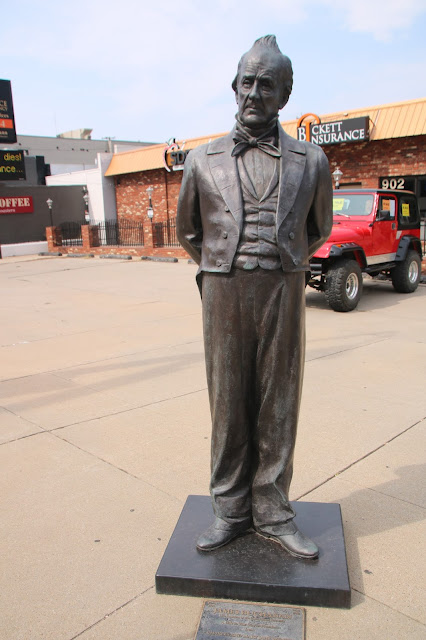