One of the country's most celebrated Presidents, Theodore Roosevelt can be seen in statue form wearing his Rough Rider uniform, complete with blue polka dot kerchief, on the corner of 9th St. & Main St. Roosevelt became the 26th President at the age of 42 after the assassination of President William McKinley. Born in New York City in 1858, Roosevelt's upbringing differed greatly from that of the log cabin Presidents. After the death of his first wife and mother (they actually died the same day) Roosevelt spent two years on his ranch in the Badlands of Dakota Territory. As President, Theodore Roosevelt worked as an arbiter between labor and capital, as well ensuring the construction of the Panama Canal. Some of his greatest efforts were in the realm of conservation and the creation of the National Parks system. 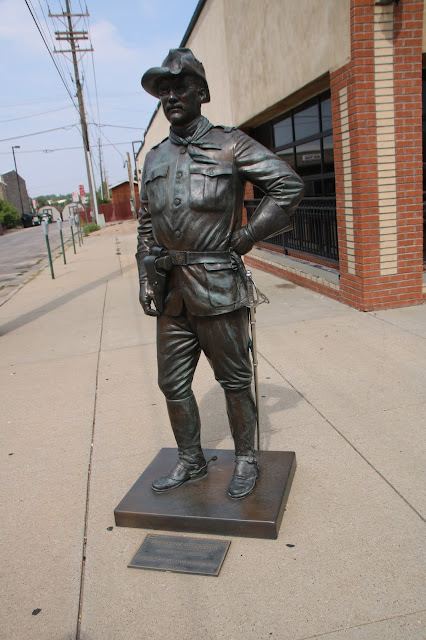 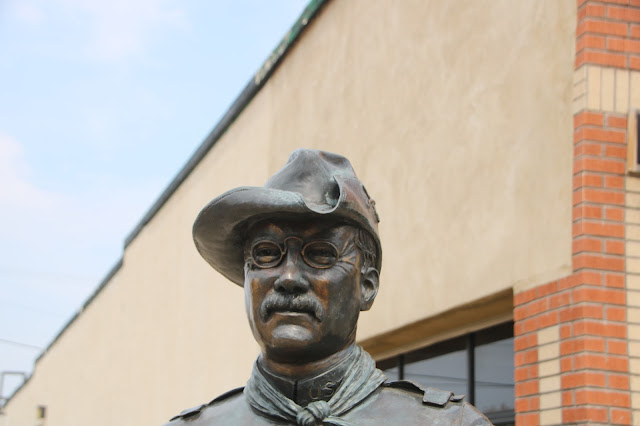 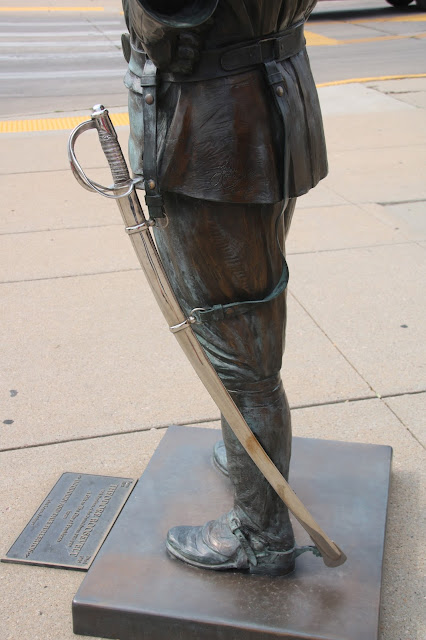