Born on August 27th, 1908 in central Texas, Johnson served in the House and the Senate before becoming Vice President to John F. Kennedy in 1960, and then President after Kennedy's assassination in 1963. Though infamously known for his escalation of the Vietnam War, Johnson is often commended for his Great Society Program, an effort that included Medicare, urban renewal, aid to education and a wide-scale fight against poverty. Johnson's statue stands at the corner of 7th St. & Main St. and depicts a pose that became known as the "Johnson treatment." Engraved on his desk is a map of Vietnam, a reference to the conflict that cast a shadow over his presidency. 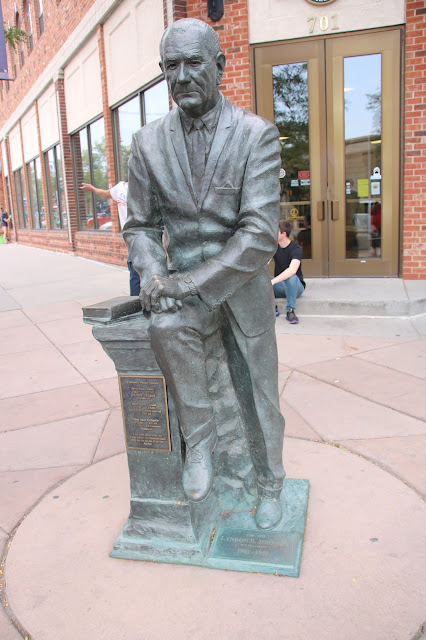 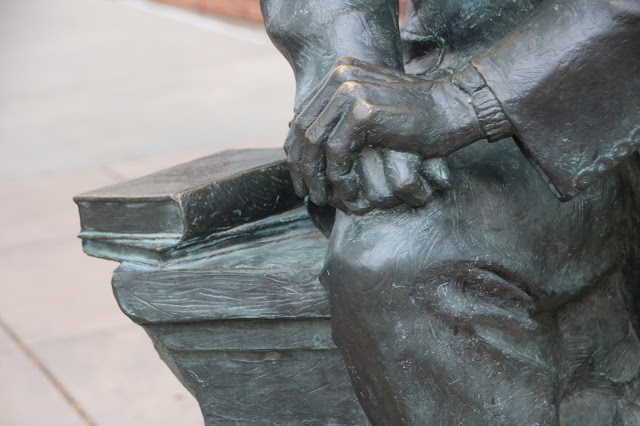