From our recent road trip.

Victoria BC Parliament
Construction of a new Parliament Building was first authorized by an act of the provincial legislature in 1893, the Parliament Buildings Construction Act. The province, anxious to commemorate its growing economic, social and political status, was engaged in an architectural competition to build a new legislative building in Victoria, after outgrowing "The Birdcages", which were notoriously drafty and leaked in wet weather. Francis Rattenbury, a recent English immigrant, 25 years old, entered the contest and signed his drawings with the pseudonym "A B.C. Architect". He progressed to the second round, signing his drawing "For Queen and Province" and eventually won the competition. 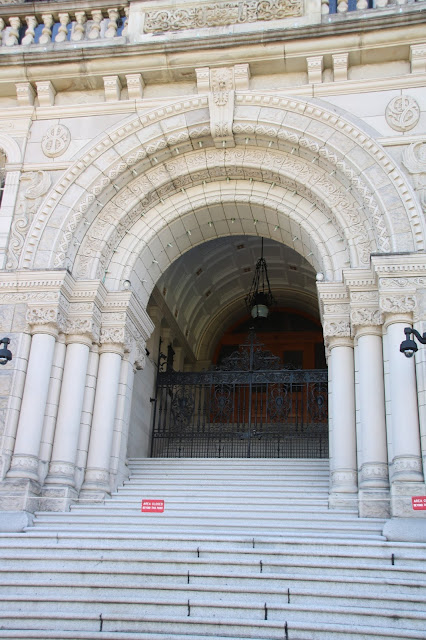 Regina Saskatchewan Parliament
Walter Scott, premier of the day, and his government immediately saw the limitations of the Territorial Legislative Building. They decided it was time for a new Legislative Building, one that would serve as a monument to what they hoped their new province would become. Discussions began in 1905 regarding the creation of such a building.

A competition was then held to choose an architectural firm for the project. Seven leading architectural firms were selected, including one each from the United States, Great Britain, Saskatchewan, and from elsewhere in Canada.

The winning firm, from Montreal, E. & W.S. Maxwell, drew up the plans, which were then carried out by another Montreal firm, Peter Lyall & Sons. The Maxwell design mixes architectural styles: English Renaissance represented by St. Paul’s Cathedral in London, the French Beaux-Arts tradition found in the Palace of Versailles and Les Invalides in Paris. 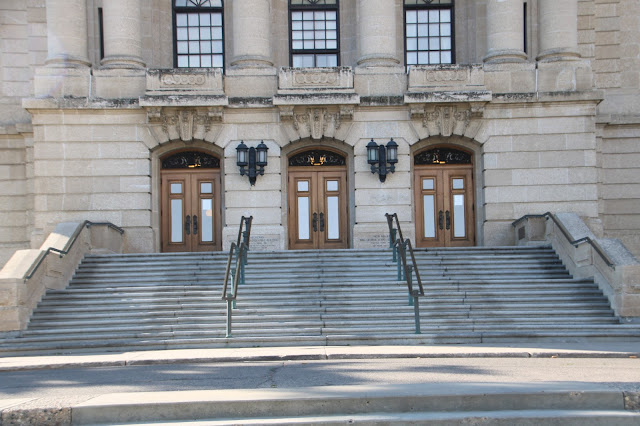