Truman can be seen on the corner of Mt. Rushmore Rd. & St. Joseph St. happily displaying the morning Chicago Daily Tribune newspaper the day following the presidential election of 1948. Happily for Truman, the headline of the paper inaccurately declared his opponent the winner. Born in Lamar, Missouri in 1884, Truman spent more than a decade as a successful farmer before becoming a Senator in 1934. As President, Truman made some of the most crucial decisions in the history of the nation. It was Truman who ordered the dropping of the atomic bomb on Hiroshima and Nagasaki. He also witnessed the signing of the charter of the United Nations. Soon after, Truman proposed the expansion of Social Security, a permanent Fair Employment Practices Act, and public housing and slum clearance. The program became known as the Fair Deal. He died December 26th, 1972. 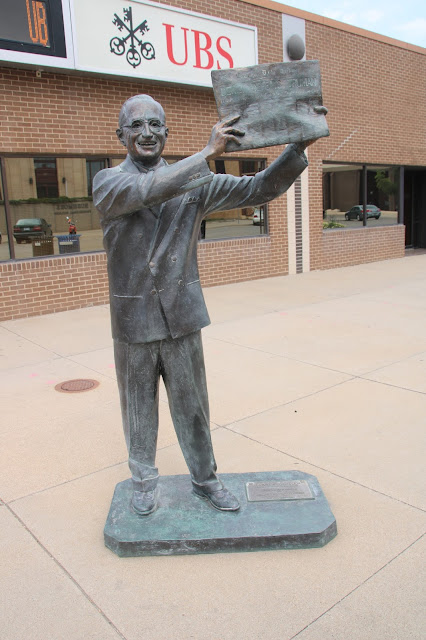 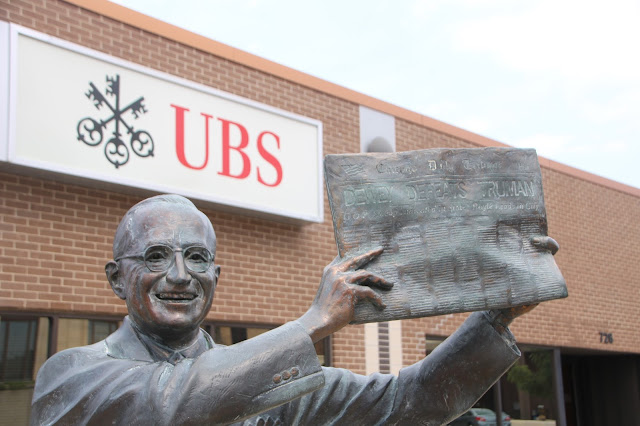 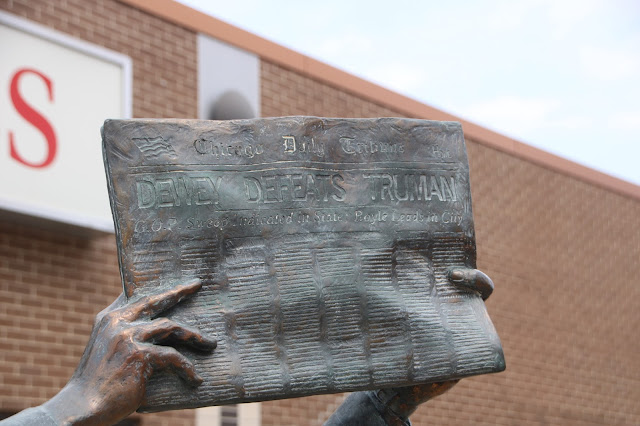 39 Carter
Posted by Jackie McGuinness at 8:51 AM