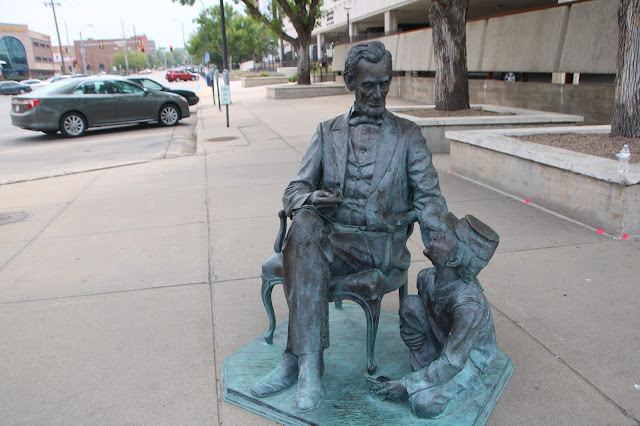 Abraham Lincoln is depicted holding a disheartening telegram from the front lines, informing him of the incredible casualties suffered at the battle of Cold Harbor. Next to Lincoln is his young son Tad, who is dressed in a soldier's uniform and playing with a toy cannon. The President seems to be reflecting on the cost of war and the loss of so many of the nation's sons, a burden he would live with until his assassination on April 14th, 1865. Lincoln and his son can be found on the corner of 9th St. & Main St. Before he was shot and killed by actor John Wilkes Booth at Ford's Theatre in Washington, Lincoln delivered monumental action in the form of the Emancipation Proclamation and the Homestead Act. The 16th President also managed to keep the Union together while leading the North to victory in the Civil War. 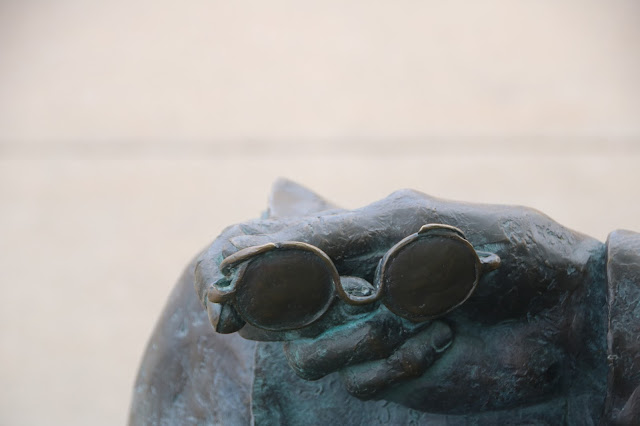 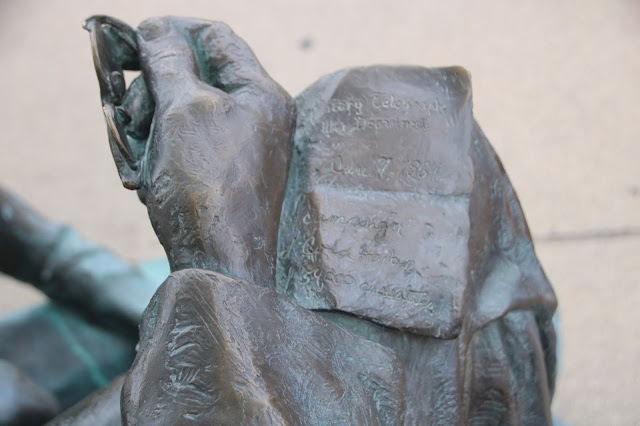 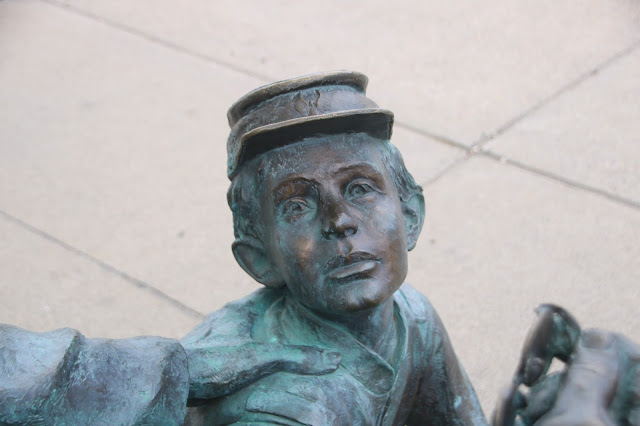 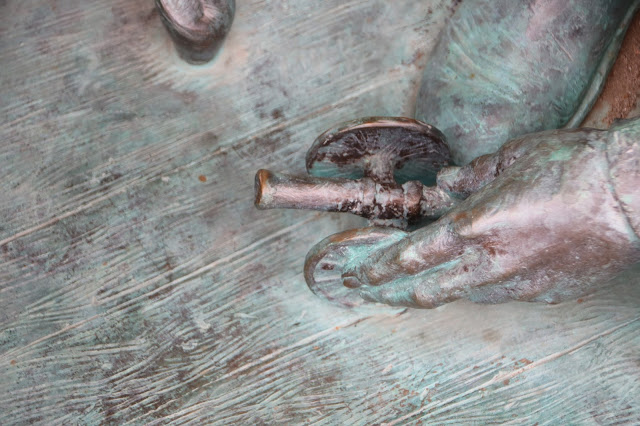