The country's 39th President was a true man of the people, so his statue, which stands on the corner of 6th St. & St. Joseph St., shows Jimmy Carter with his jacket off and tie in the wind, waving with a smile on his face. Carter was born October 1, 1924 in Plains, Georgia. He graduated from the Naval Academy in Annapolis, Maryland in 1946 and spent several years as a naval officer. In 1970, only eight years after he entered state politics, Carter was elected Governor of Georgia. As President, Carter worked hard to alleviate the country's economic woes of inflation and unemployment, but any successes were hard fought. Carter appointed record numbers of women and minorities to Government jobs. 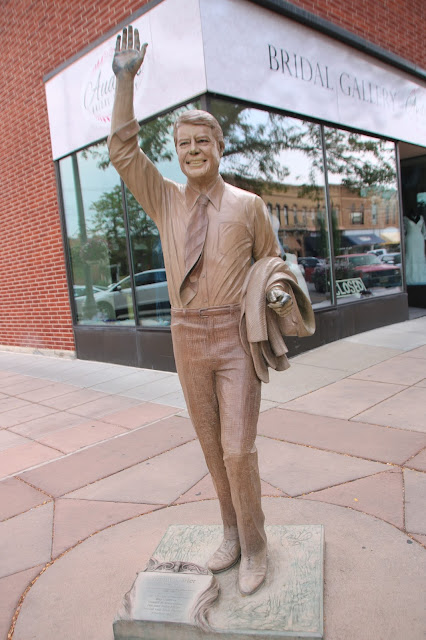 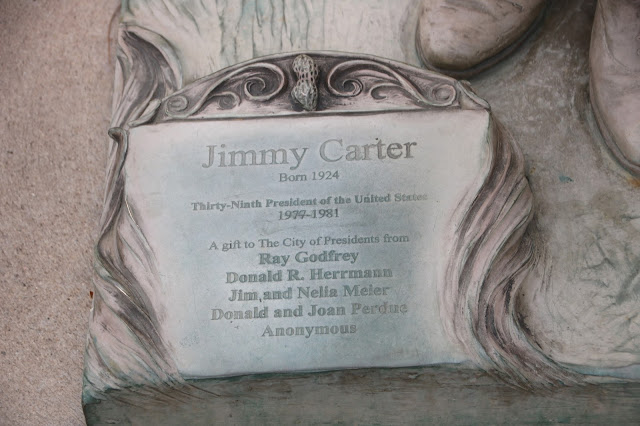 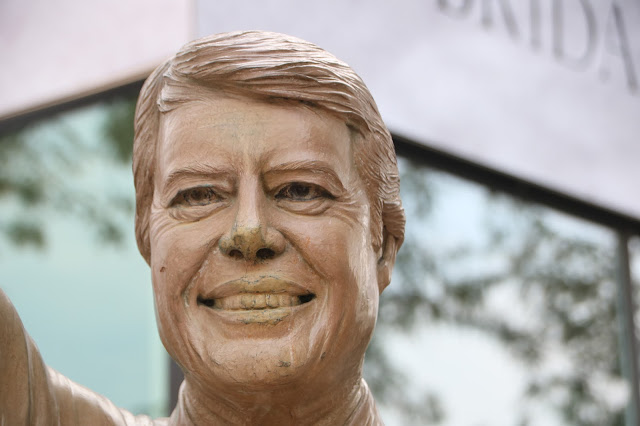 32 Roosevelt
37 Nixon
Posted by Jackie McGuinness at 1:30 AM