Friday My Town Shoot Out - Start of the Day Mar 8

First off I'd like to say thanks for being spotlighted last week for STAINED GLASS!!!

Start of the Day

Toronto is a big hustling bustling city and the day starts early. I thought this statue personified  that early morning feeling in the spring or summer, definitely not winter based on how they are dressed!!

According to the 2011 Census, the city has 2.6 million residents, making it the fifth-most populous city in North America. 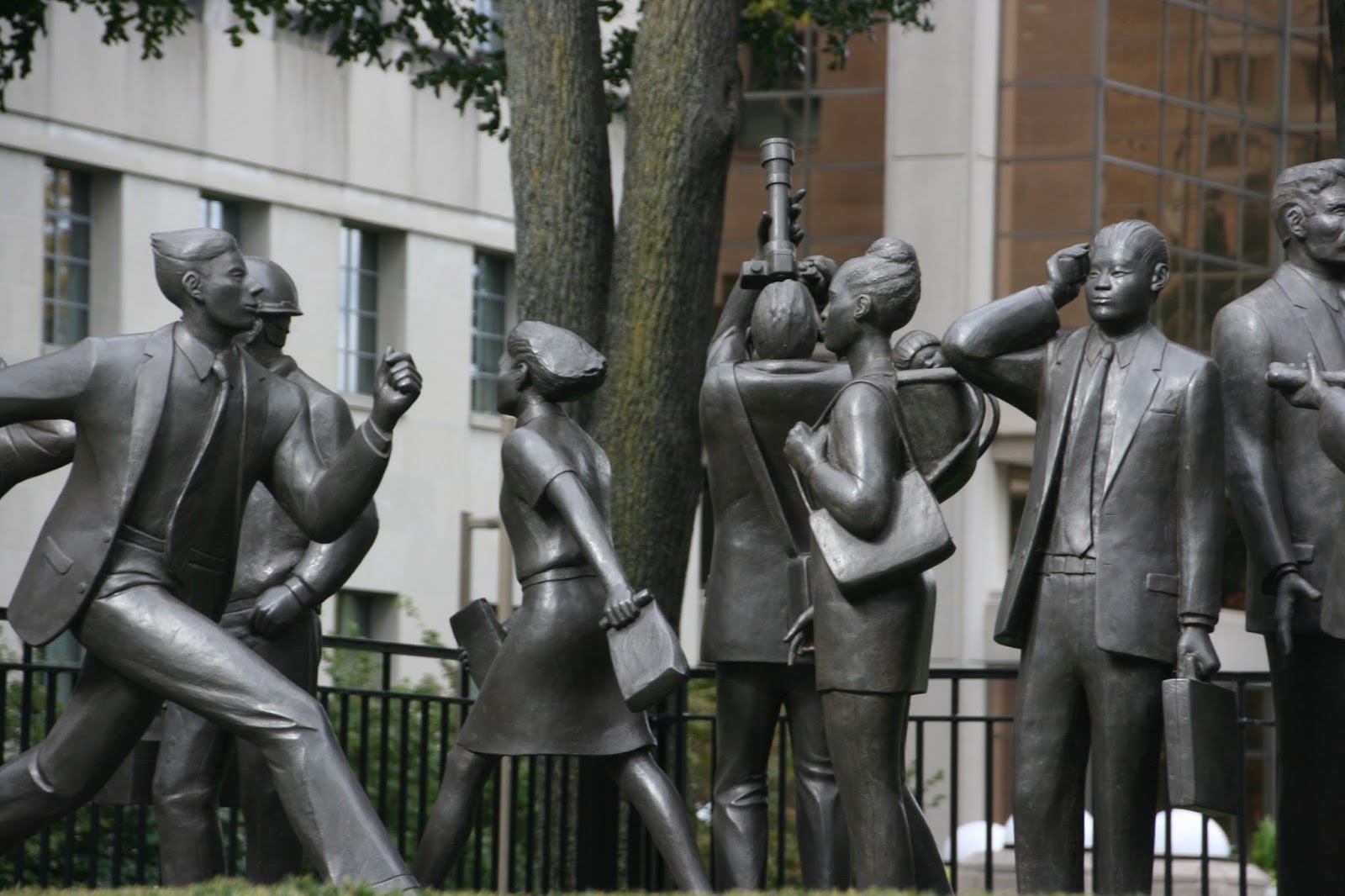 American artist Kirk Nelson sculpture titled Community was commissioned and installed in 2001 by Manulife Financial for the grounds of their building on Bloor St.

Posted by Jackie McGuinness at 6:53 PM