Friday My Town Shoot Out - Toronto


This week's theme is OLD BUILDING!! This would not be the oldest building in Toronto. 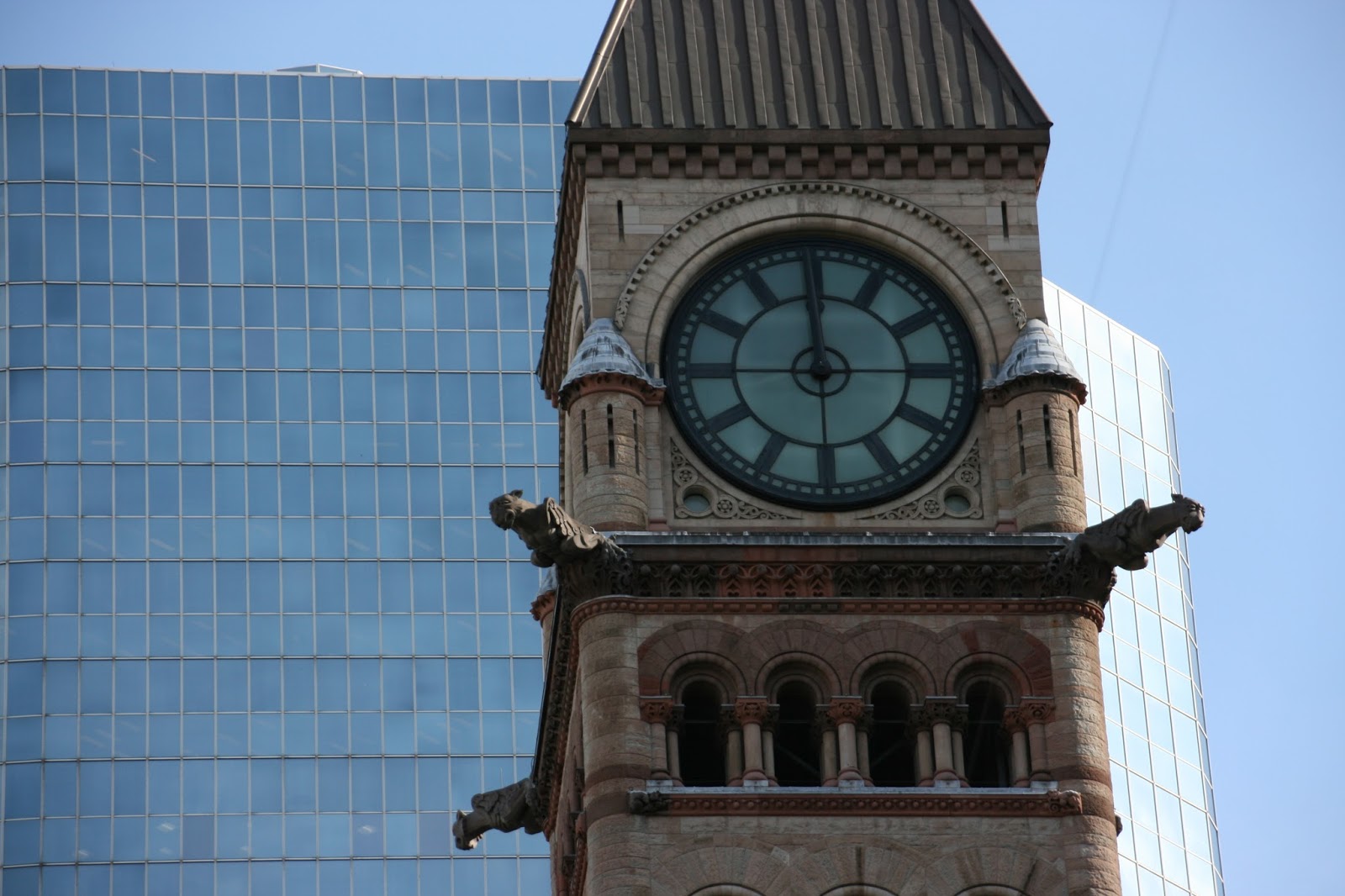 Four garnished stone gargoyles sat at the upper corners of the clock tower; these ornaments were removed to the effects of the weather on the sandstone carvings in 1938, but bronze casts of the gargoyles were reinstalled in 2002.

The clock originally functioned manually; it was automated in 1950s. In 1992, the clock was stopped for the first time in more than a century to perform maintenance and repairs. The maintenance consisted of painting the metallic components of the clock: its bronze, brass, iron and steel. The room, at the top of the tower, enclosed on four side by timepiece, houses a glass box The glass box is were the clock's operating machine sits. The room is accessible by stairs only; there are 280 steps to climb. The elevator that was built with the structure was taken out in 1920s. The clock's face measures 6 metres in diameter. 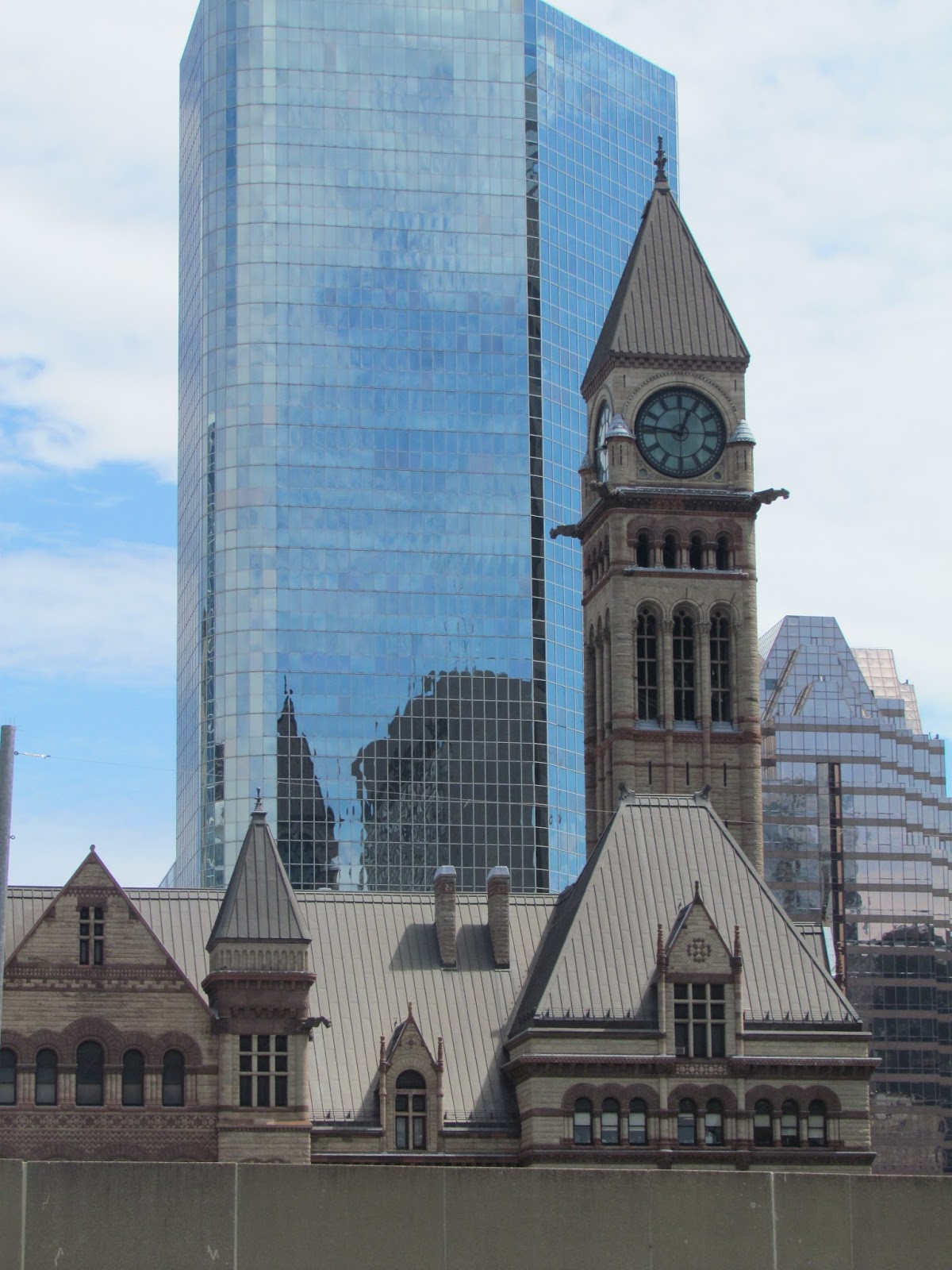 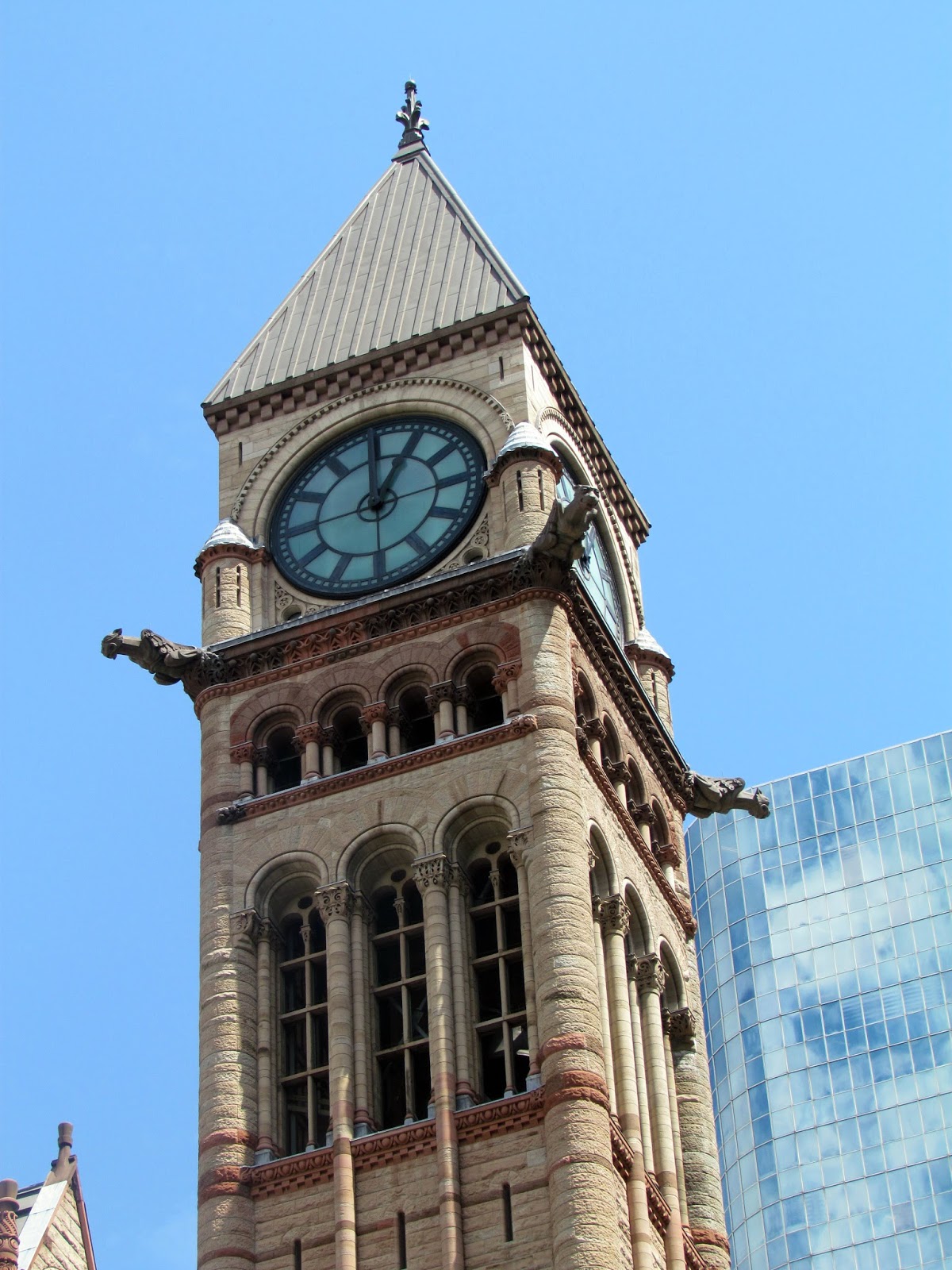 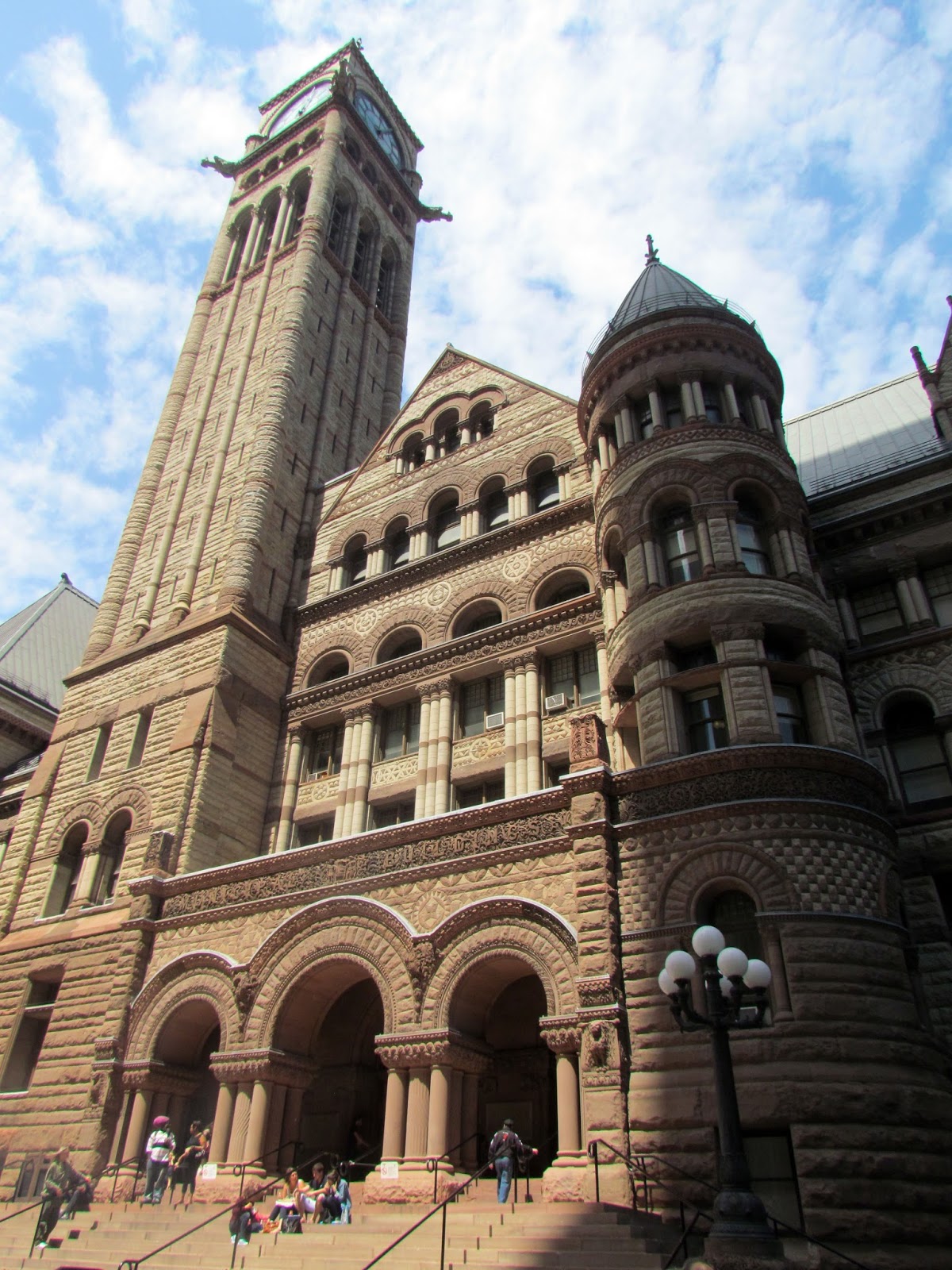 Posted by Jackie McGuinness at 7:08 PM