While widely known as being the only President to be the grandson of a former President, Benjamin Harrison accomplished much as President, including a vigorous foreign policy. Harrison also signed the Sherman Anti-Trust Act, which protected trade and commerce against monopolies. Harrison was born in 1833 and studied at Miami University in Ohio. A Senator throughout the 1880's, Harrison was a champion of Native American rights, homesteaders and Civil War veterans. The 23rd President was often referred to as "Little Ben" as he only stood 5'6" tall. While a capable President, Harrison was not the social type. He preferred a solitary life and enjoyed feeding the birds in his garden. Harrison's statue sits at the corner of 4th. St. & Main St. 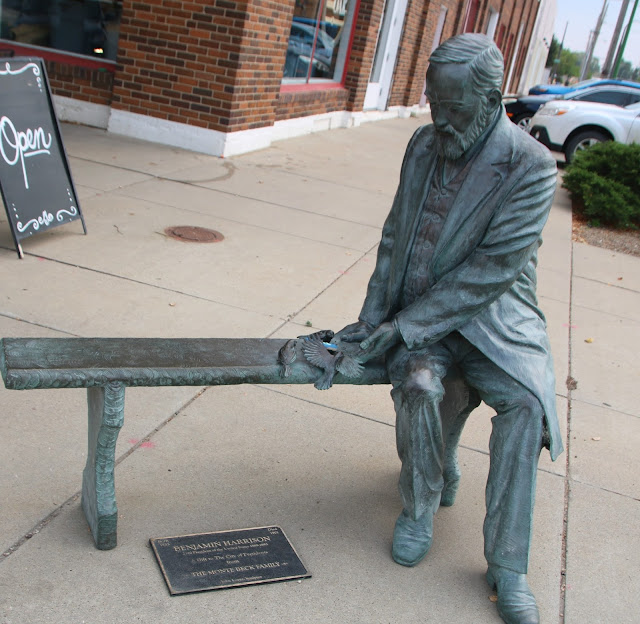 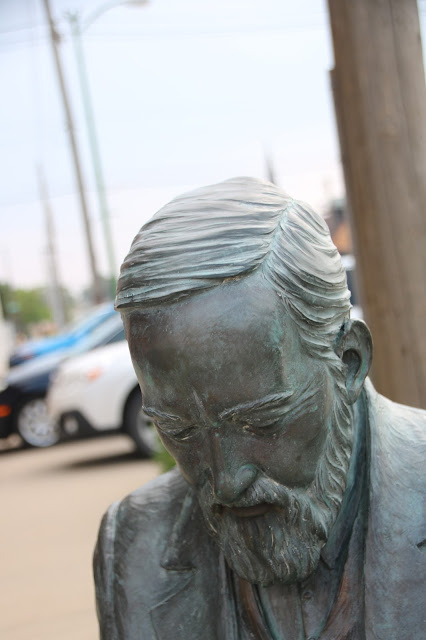