Monroe served in the Continental Army from 1776-78 and rose to the rank of major. He crossed the Delaware with George Washington and fought in the Battle of Trenton. Two major developments during Monroe's presidency were the Missouri Compromise (1820) and the Monroe Doctrine (1823). Along with Theodore Roosevelt’s Roosevelt Corollary and Franklin D. Roosevelt’s Good Neighbor policy, the Monroe Doctrine is still an important part of American foreign policy. He was known to be a very cordial man, a man of charming demeanor who always carried a cane. He is shown tipping his top hat wishing passers by a "good day." He is believed to have begun the politician's custom of kissing babies to charm his constituents. 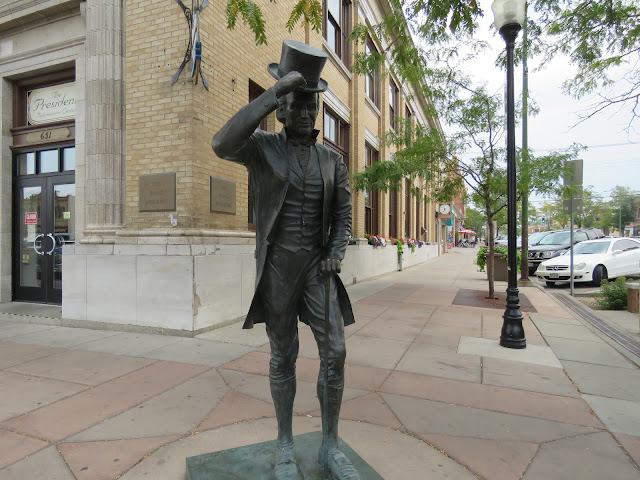 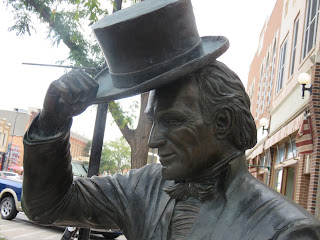