Since President Hoover was a Quaker he did not take an oath of office, instead he affirmed his presidency. During his term, he approved the "Star-Spangled Banner" as our national anthem. Herbert Hoover was president during one of the worst economic disasters in America's history. Hoover was one of two presidents who did not accept a salary for being president, instead donating his salary to charity. Hoover is shown standing on a platform that symbolizes Hoover's contributions to people around the world. The base of this statue includes the Hoover Dam which is attributed to Hoover's engineering abilities and a chaff of wheat representing Hoover's organization of shipments of food for starving millions in Europe. 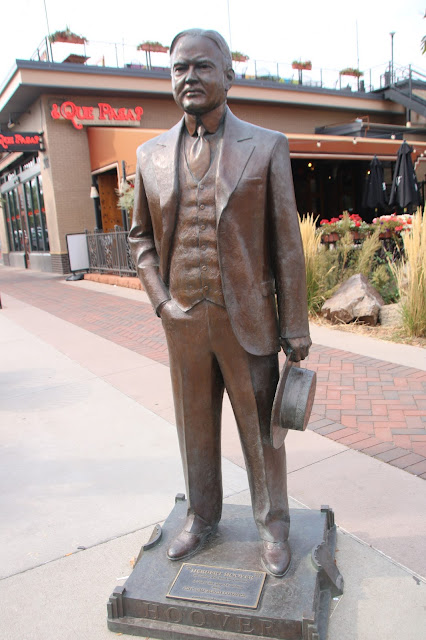 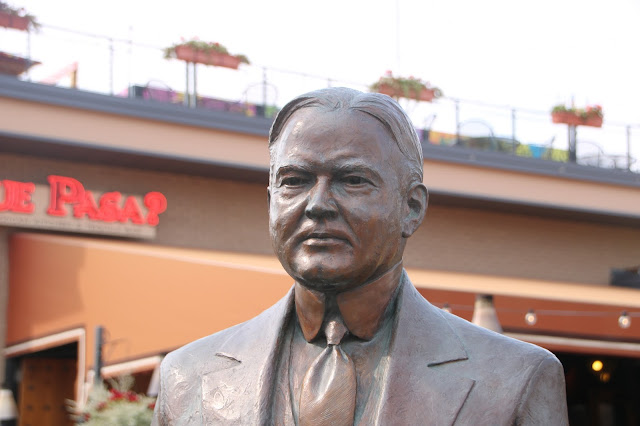 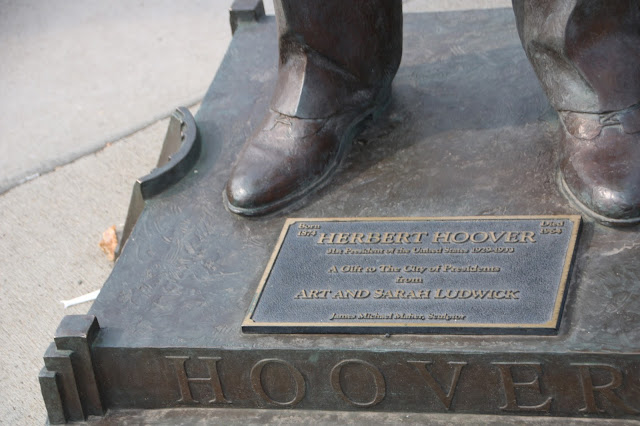 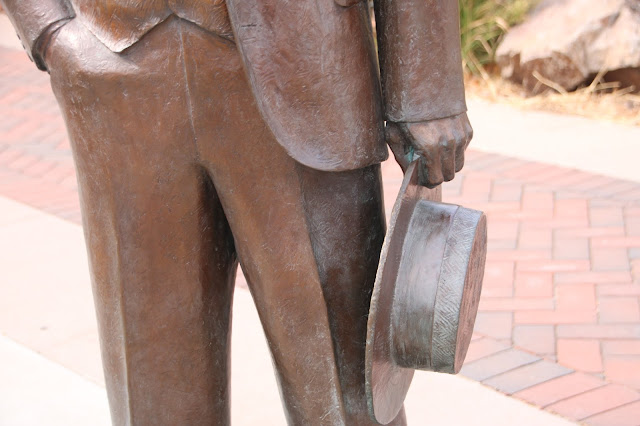