Ford's statue stands on the corner of 7th St. & St. Joseph St. with his golden retriever "Liberty." The circumstances that led Ford into the Presidency were certainly extraordinary. He was the first Vice President ever chosen under the terms of the Twenty-fifth Amendment, and he also succeeded the first President to ever resign. Gerald Ford was born in Omaha, Nebraska in 1913. Soon he was starring on the University of Michigan football team, and later, assistant coaching at Yale while earning his law degree. Ford served in the Navy during World War II, ascending to the rank of lieutenant commander, before being elected to Congress in 1948. Ford served a difficult four years in office, combating everything from inflation and recession, to preventing war in the Middle East. He won the Republican nomination for Presidency in 1976, but eventually lost to Democrat Jimmy Carter. 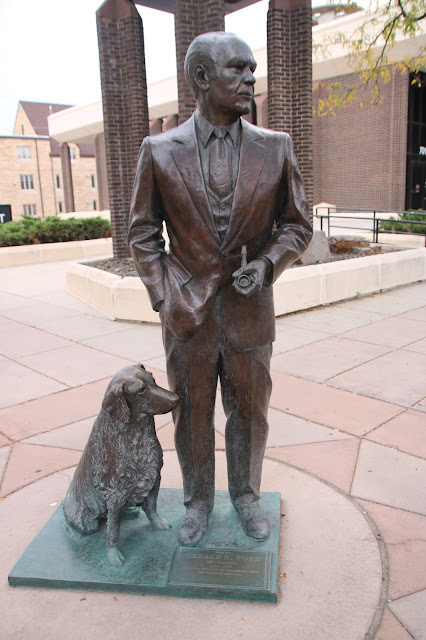 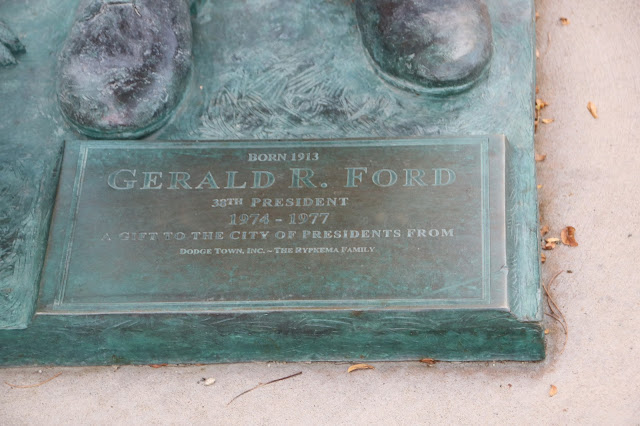