Ronald Reagan was sculpted in western attire to illustrate the passion he had for working on his ranch. The 40th President stands on the corner of 6th St. & St. Joseph St. Reagan was born in Tampico, Illinois and attended Eureka College where he studied economics and sociology, played on the football team and preformed on stage in school productions. After spending some time as a radio sports announcer, he was awarded a movie contract. Ronald Reagan would eventually star in 53 films over the span of two decades. Reagan served as Governor of California and won the Republican Presidential nomination in 1980 before defeating Jimmy Carter in a landslide election victory. Reagan was shot by a would-be assassin just 69 days after he took office. Thankfully, he managed a speedy recovery. Reagan's Presidential achievements include an overhaul of the tax code and a number of foreign policy victories. 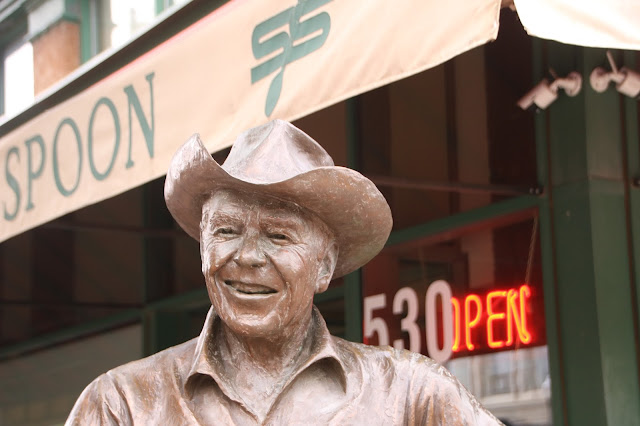 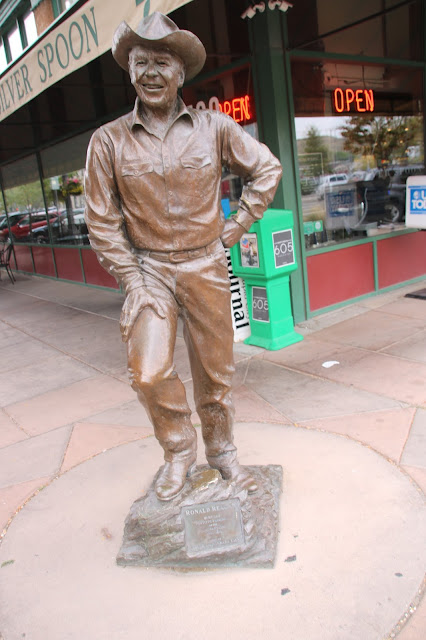