Chester Alan Arthur was born in Fairfield, Vermont, in 1829. He was a practicing lawyer who, in the beginnings of the Civil War, served as Quartermaster General of the State of New York. Arthur was a man of fashion and was often seen with the social and political elite of New York and Washington. The former Collector of the Port of New York would become President after the assassination of James Garfield. One of the bigger, more popular pieces of legislation that Arthur ushered through was the Pendleton Civil Service Act, which established a Civil Service Commission and provided a "classified system" that made some Government positions obtainable only after written exams. In 1882, Arthur approved an immigration policy that denied admittance to paupers, criminals and lunatics. Arthur can be seen taking the Presidential oath on the corner of 5th St. & Main St. Arthur is considered one of the better Presidents of the late 19th century. 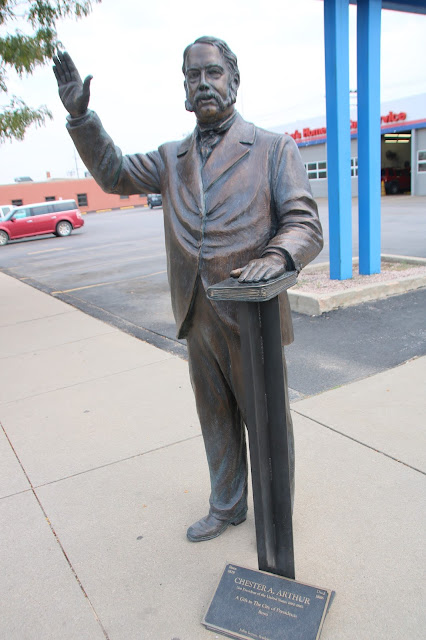 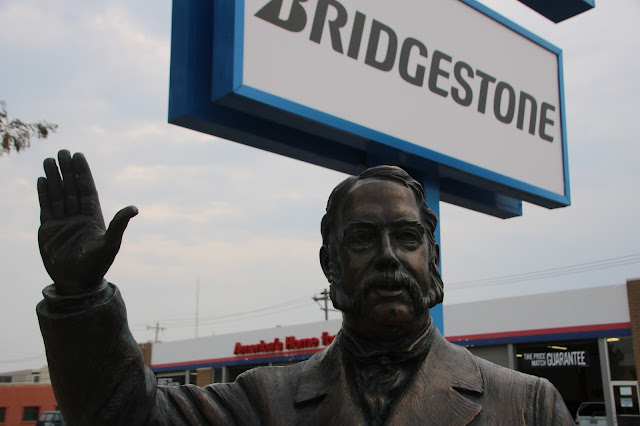