Calvin Coolidge was born in Plymouth, Vermont, on July 4, 1872, to a village storekeeper. He graduated from Amherst College and entered into a career of law and politics in Northampton, Massachusetts. Coolidge would eventually be elected Governor of Massachusetts. As President, Coolidge was determined to uphold the old moral and economic precepts during a time of material and economic prosperity. His first message to Congress in 1923 called for tax cuts, limited aid to farmers and an isolation in foreign policy. While Coolidge is considered a President of inactivity, he was quick to be photographed in Native American war bonnets or cowboy dress, and was always greeting a variety of delegations at the White House. Coolidge was known for his brevity with words and, while vacationing in the Black Hills of South Dakota, announced famously: "I do not choose to run for President in 1928." Coolidge stands on the corner of 5th St. & Main St. He can be seen posing with his Stetson hat, cowboy boots and custom saddle. 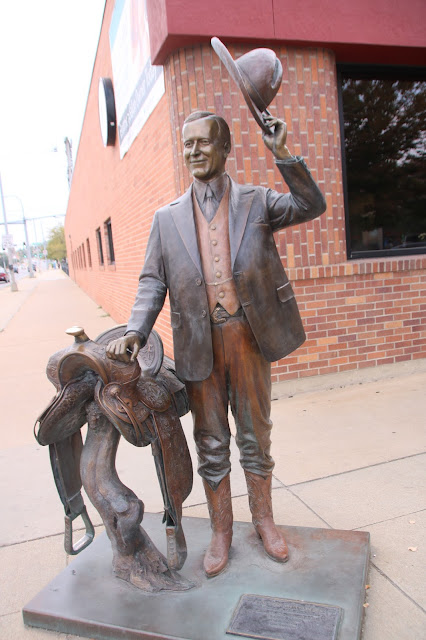 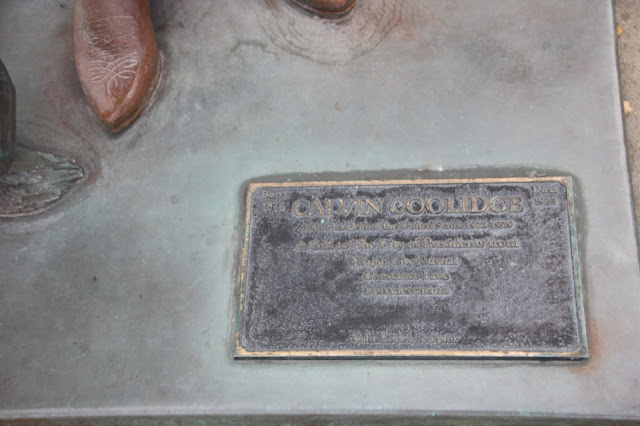 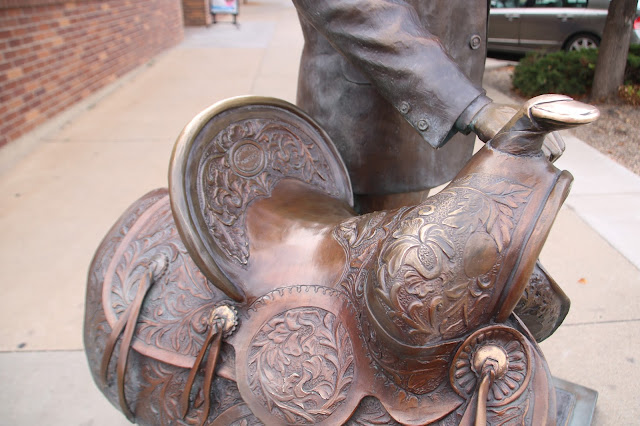 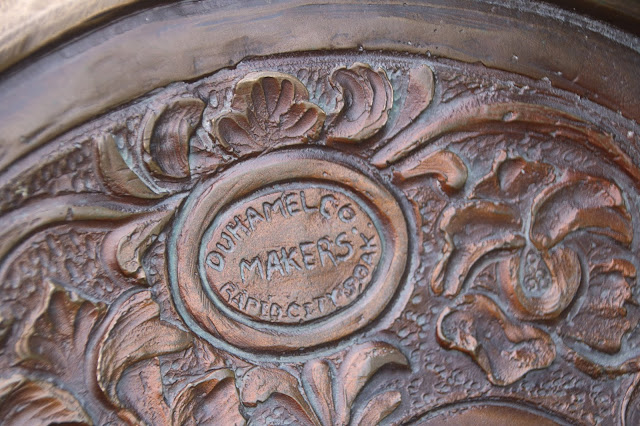 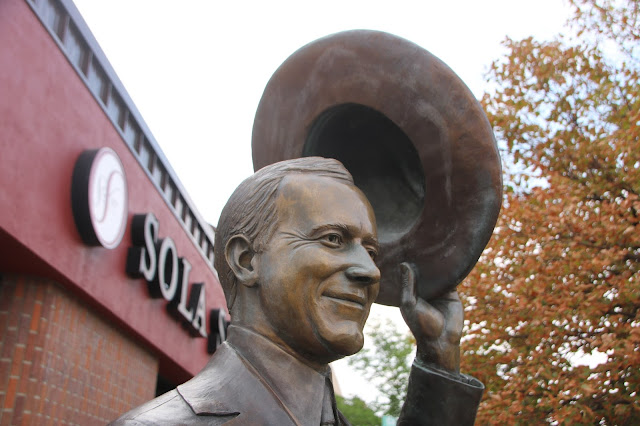