Franklin Pierce started his political career young. He was elected to the New Hampshire legislature at 24, eventually becoming its Speaker. Pierce served in the Mexican War after which he received the Presidential nomination in 1852. Just two months before Pierce took office, he and his wife witnessed their eleven-year-old son die in a train wreck. As President, Pierce upset northerners when he pressured Great Britain into forfeiting interests along the Central American coast, and more so when he tried to persuade Spain to sell Cuba. The statue of Pierce reflects his tragic personal life (two of his other children died very young). His expression is sad and haunted, as he often appeared in historic photographs. The statue stands at the corner of 9th St. & Main St. 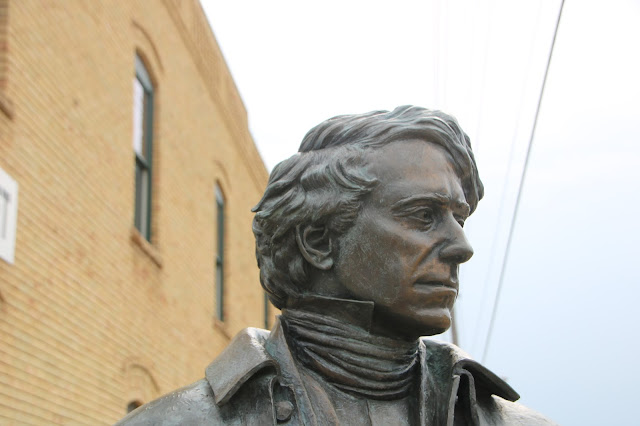 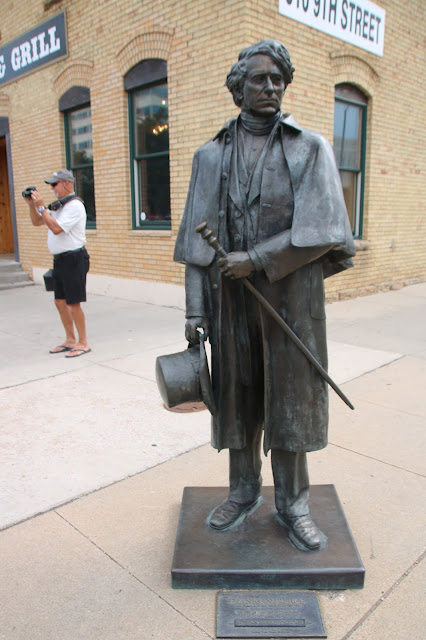