The country's 25th President came into office during a time of economic depression. Besides for being the President who put America on the gold standard, McKinley was also the first President to use the telephone. McKinley's statue stands on the corner of 4th St. & Main St. Born in Niles, Ohio, in 1843, McKinley taught in a country school house before joining the military at the outbreak of the Civil War. At age 34, McKinley won a Congressional bid. After 14 years in the house he would be elected as Governor of Ohio where he served two terms. Foreign policy was at the forefront of the McKinley Administration, with much of the attention going towards the conflict in Cuba and the eventual 100-Day War. McKinley was shot shortly after the start of his second term by anarchist Leon Czolgosz and died eight days later. McKinley was said to be handing his white carnation to a child in the crowd when he was shot. His statue is fitted with a red carnation to commemorate his unfortunate death. 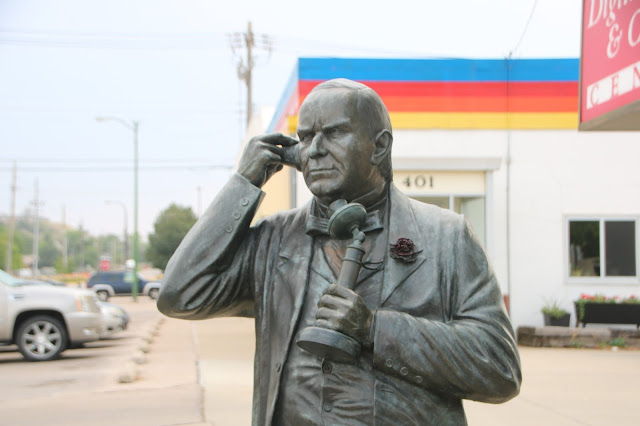 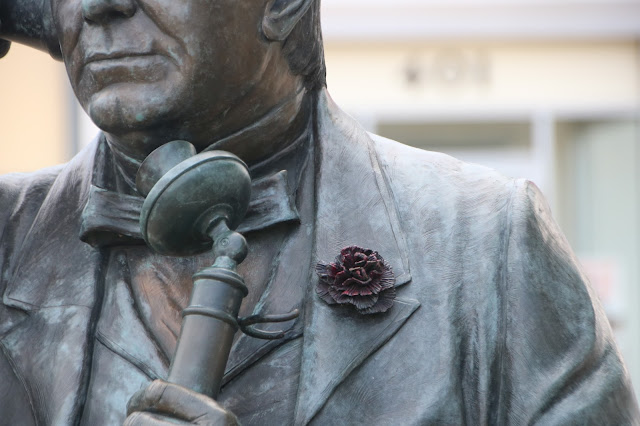 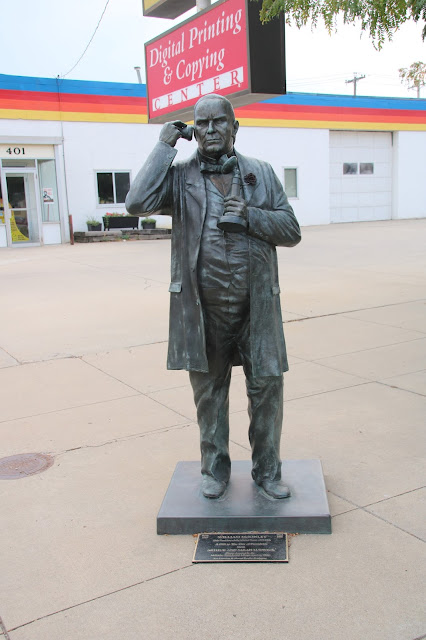