Grant's accomplishments on the battlefield are considered by many to be much more admirable than the actions he took during his tenure as President. Born in 1822, Grant attended West Point and graduated in the middle of his class. He fought in the Mexican War under Gen. Zachary Taylor and following the outbreak of the Civil War, Grant quickly rose to the rank of brigadier general of volunteers. In March 1864, President Lincoln appointed Grant General-in-Chief, after a number of victories against the Confederates. Though he was a man of honesty, Grant accepted a number of questionable gifts while President. He was also seen with speculators Jay Gould and James Fisk, which didn't do anything to help his reputation. After his Presidency, Grant joined a financial firm (which eventually bankrupted) and developed throat cancer. He died shortly after finishing his personal memoirs. Grant's statue stands at the corner of 4th St. & Main St. He is depicted in his blue uniform, complete with silver sword and cigar. The pedestal in front of him contains a list of his Civil War battle history. 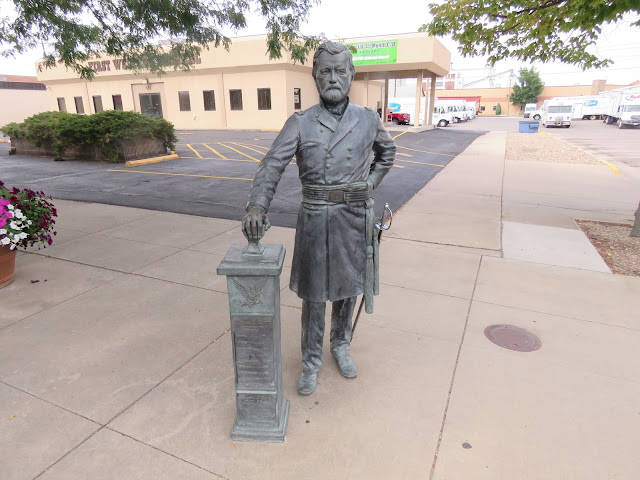 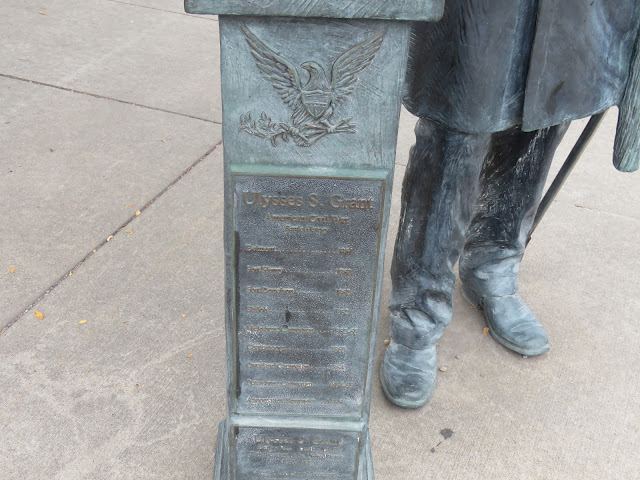 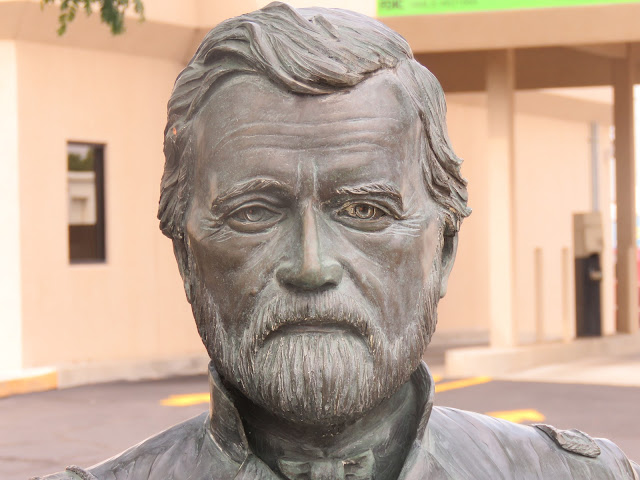