Topic this week is Eating and Drinking in my Town.

I don't have access to my large archive as we are in Mexico so I'll just post what I have.

We have a gazillion cafes in Toronto plus the ubiquitous Starbucks. I avoid Starbucks at all costs. The only time I would go into one was when I worked in this building and if it was raining we would use the Starbucks in the lobby. Toronto has a huge underground path but this building wasn't connected, so we were stuck.
In nice weather we could go to one behind the building or one block over to John St. 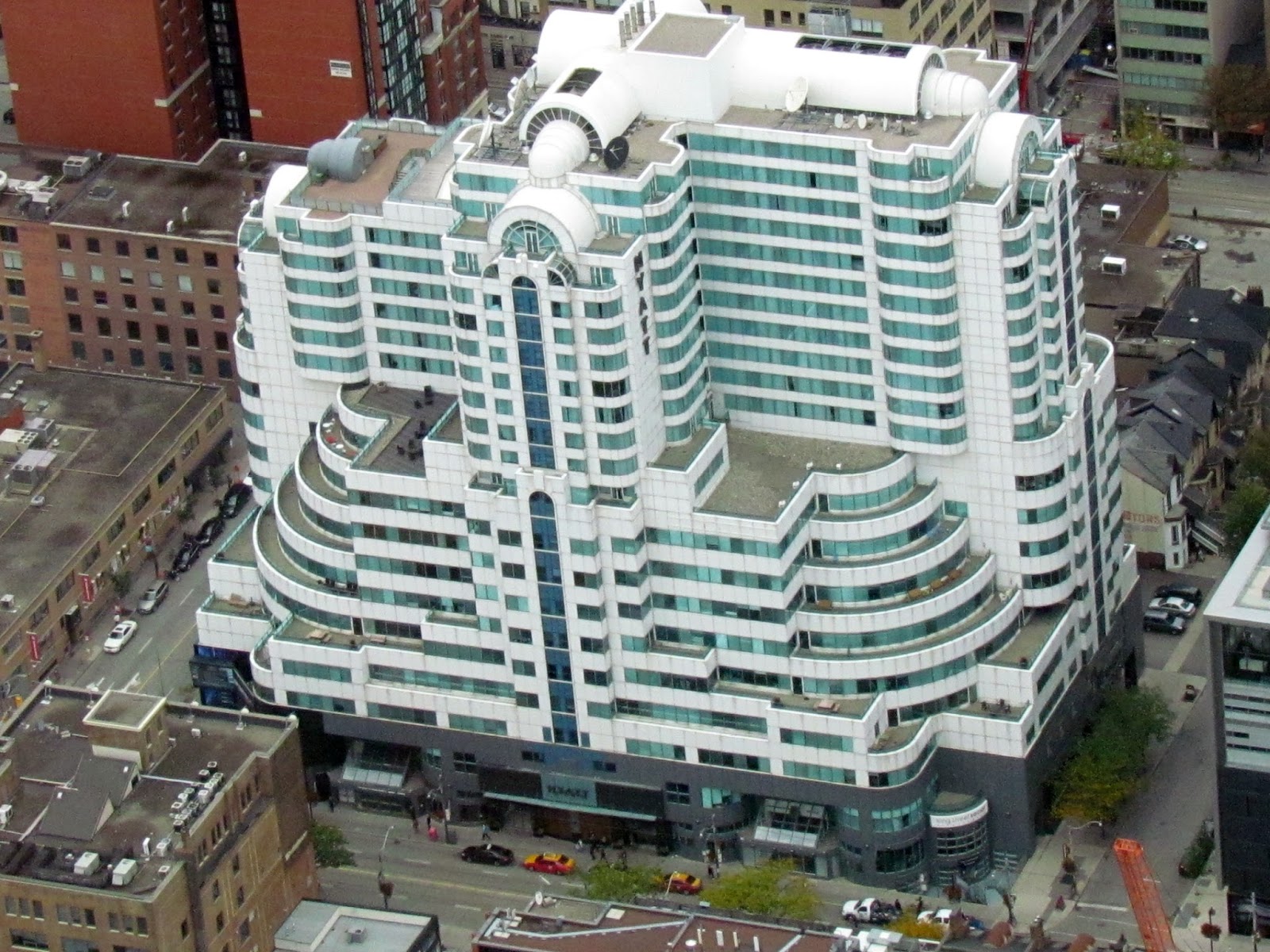 Otherwise our choice was Tim Horton's.
It was founded in 1964 in Hamilton, Ontario, by Canadian hockey player Tim Horton and Jim Charade, after an initial venture in hamburger restaurants. Tim Hortons Inc. (known internationally as Tim Horton's Cafe and Bake Shop) is a Canadian multinational fast casual restaurant known for its coffee and doughnuts. It is also Canada's largest fast food service with over 3,000 stores nationwide.

One of my favourites last summer a tangerine smoothie. 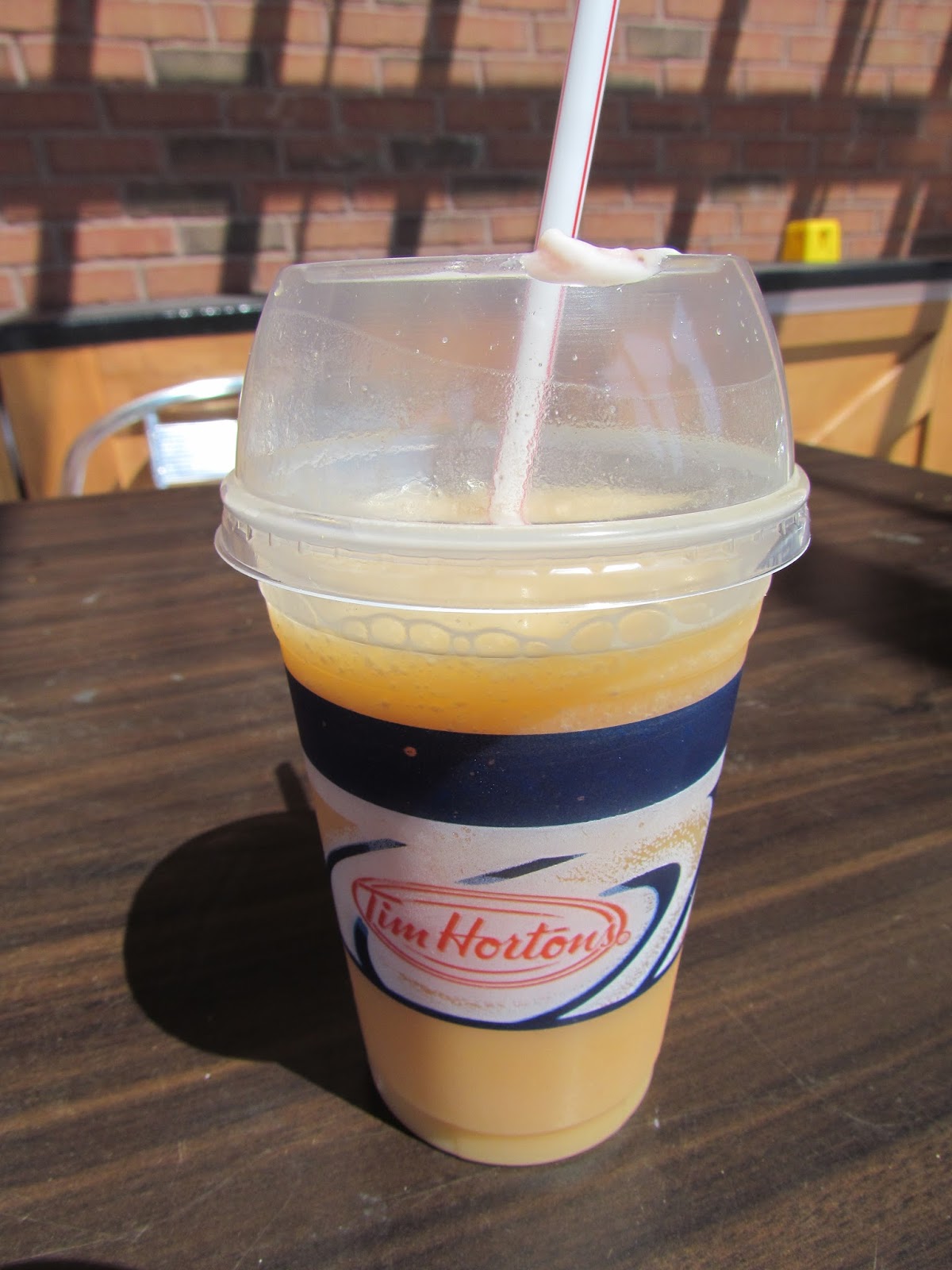 You can't turn around in the city without finding a Timmy's. They are everywhere.

In February everyone gets obsessed with the "Roll Up The Rim To Win" contest.  I was always hopeless, throw it out before rolling it up. 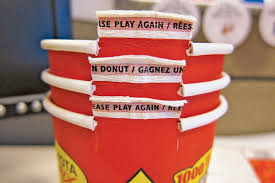 We have food trucks not as many as lot of cities, anyhoo, this one has a Tim Horton's cup on the side for tips. 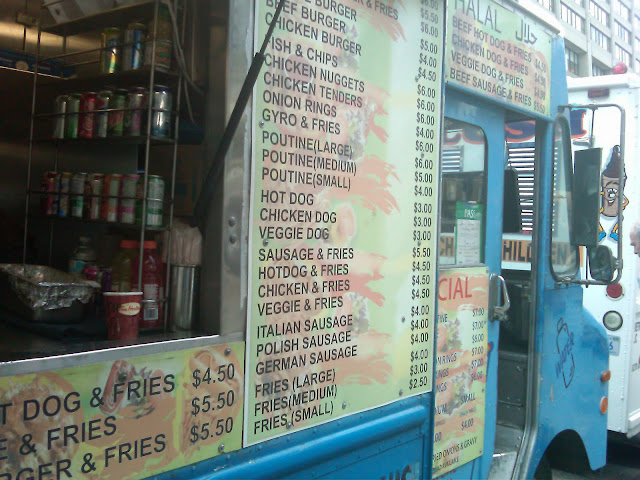 Posted by Jackie McGuinness at 2:49 PM