Welcome to The Weekend Roundup...hosted by Tom The Back Roads Traveler
Skywatch Friday

AS you drive the 401 - Trans Canada Highway, from Toronto to Montreal you will pass this sign with three towns on it.
I am using Yarker for this week's letter.

A patent dated January 13th, 1796, Lots 39, 4, 41, 42 and 43 in the first Concession of Camden were conveyed to Governor Simcoe , comprising of 1000 acres was know as the Simcoe tract. At that time this land was covered by primeval forest. The present village of Yarker stands on Lots 41 and 42.

One of the principle industries was Potash with one of the principle makers being Sidney Warner. Wood ashes were turned into Potash and since wood was the only heat source, settlers would save their ashes and trade them at Mr. Warner’s general store for other goods.

Sometime after 1840, the saw mill, a blacksmith shop, a grist mill, a carding mill, a store, a post office, a school, and a hotel was opened.

Yarker was also the home of one of the largest carriage wheel factories know as The Benjamin Manufacturing Company, Limited incorporated in 1895. 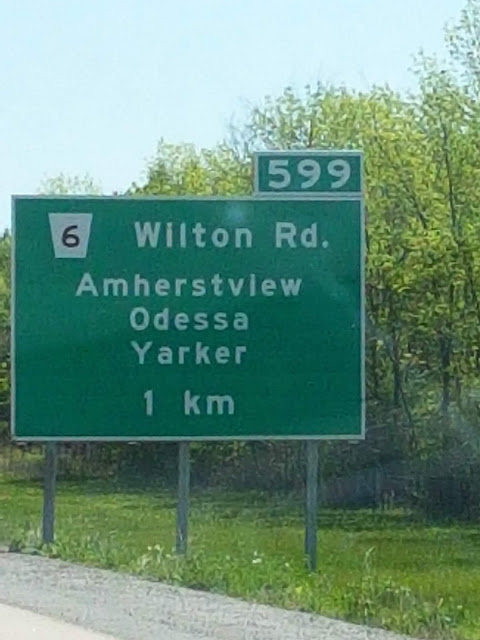 A more interesting fact, to me, is book related.

Marian Engel, OC, née Marian Ruth Passmore (May 24, 1933 – February 16, 1985) was a Canadian novelist and a founding member of the Writers' Union of Canada.
She wrote a children's book My Name is not Odessa Yarker.

The title for Engel's second children's book was inspired by a road sign she saw when driving along the 401 Highway, which pointed to two towns: Odessa, and Yarker. The name elicited the image of "a fat lady in brown satin with some of the buttons off and egg on her front" (Engel). 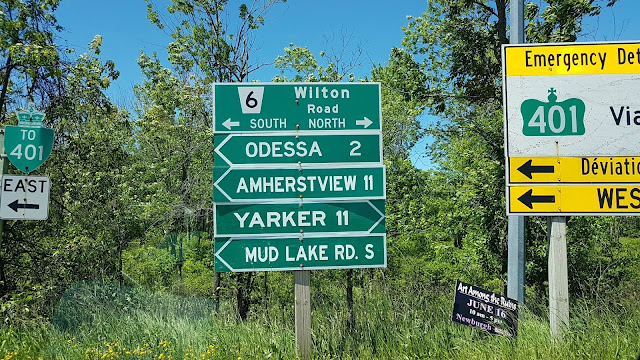 Another serendipity! Spotted as we were having lunch at the Museum Tavern on Bloor St. West.

I have never even heard of this vermouth.


I think this should count as my Z too! Joking!! 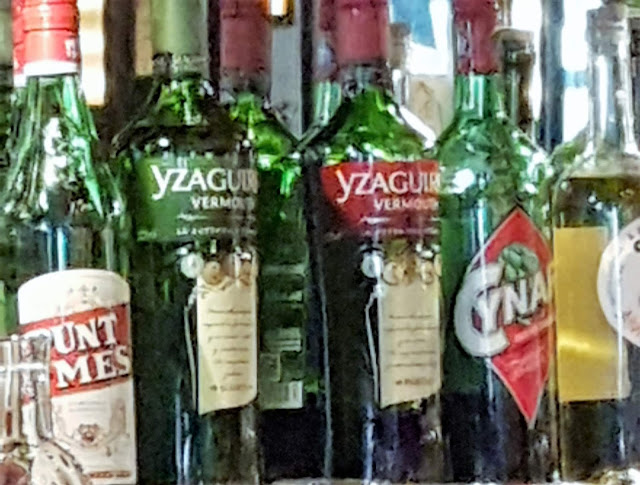 King St. West - One of the public spaces along the street.
More yellow in the theatre sign in background for Come From Away. 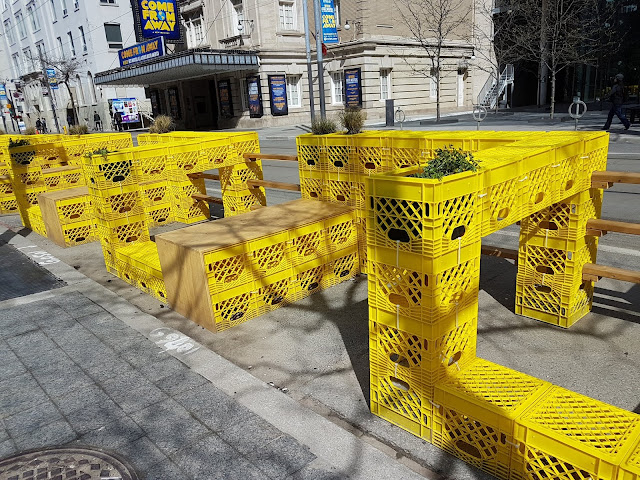 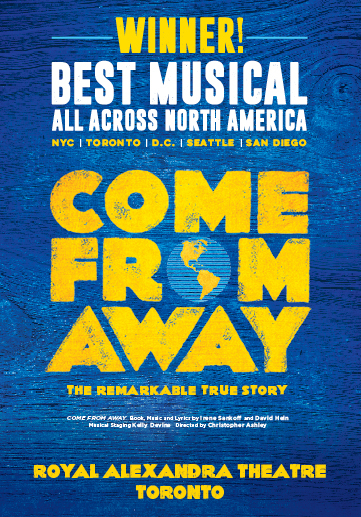