Dr. John G.C. Adams is regarded as the father of public health dentistry in Canada. His Methodist faith inspired him to become Canada's first resident dental missionary. He funded and operated the first free dental hospital on the continent in 1872, primarily treating poverty-stricken children and their mothers. Toronto's Hospital for Sick Children opened three years later and, in 1883, Dr. Adams became its first dentist of record.

In the building here, Dr. Adams operated Christ's Mission Hall and Dental Institute from 1897 until 1899 when the city closed it, for nonpayment of taxes. A champion of preventive dental health through education, Dr. Adams advocated for dental checkups in public schools and free dental treatment for underprivileged children. His recommendations were finally realized in 1911 with the beginning of the dental checkups in Toronto schools. Canada's first publicly funded free dental clinic opened two years later. 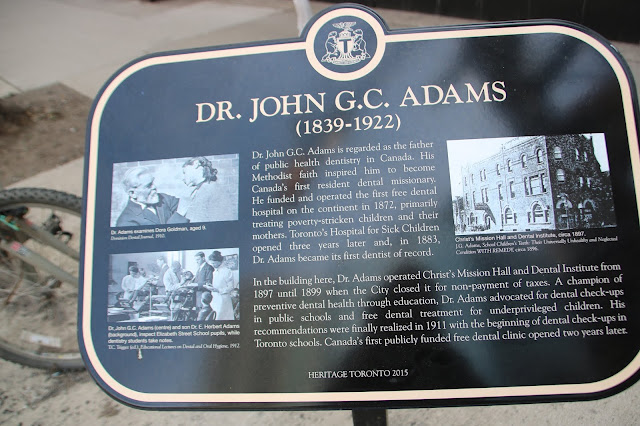 Plaque is at corner of Bay and Elm in front of this building where he had his practice.

It is now restored as a boutique hotel is Be SixFifty Hotel. 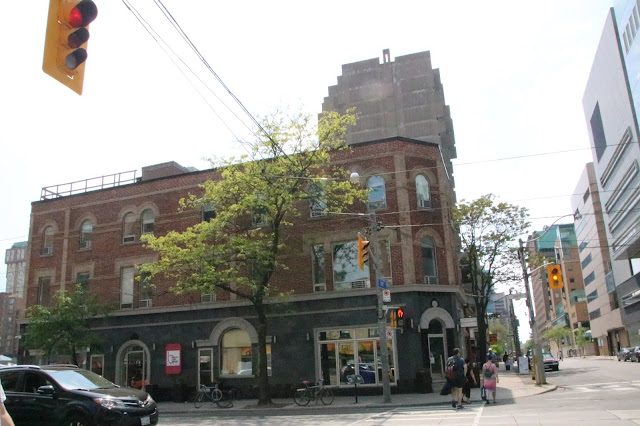 There are no historic photos that I can find.
Posted by Jackie McGuinness at 12:30 AM