I'm not sure I will post every day but will try.

The CN Tower held the record for the world's tallest free-standing structure for 32 years from 1975–2007 and was the world's tallest tower until 2009 being overtaken by Burj Khalifa and Canton Tower, respectively. It is now the ninth tallest tower in the world and remains the tallest free-standing structure in the Western Hemisphere. In 1995, the CN Tower was declared one of the modern Seven Wonders of the World by the American Society of Civil Engineers. It also belongs to the World Federation of Great Towers.

The Scotiabank Theatre Toronto was originally named the Paramount Theatre. Its name was changed to the Scotiabank Theatre Toronto in a deal that created the customer loyalty programs of Cineplex and Scotiabank. The theatre’s modern architecture is perhaps jarring to the eye when first viewed, but it is an impressive structure that dominates the scene like no other building in the area. At night, its neon lights, similar to the grand marquees of theatres of old, such as the Imperial and Loew’s Downtown, shine into the night and illuminate the busy street below. 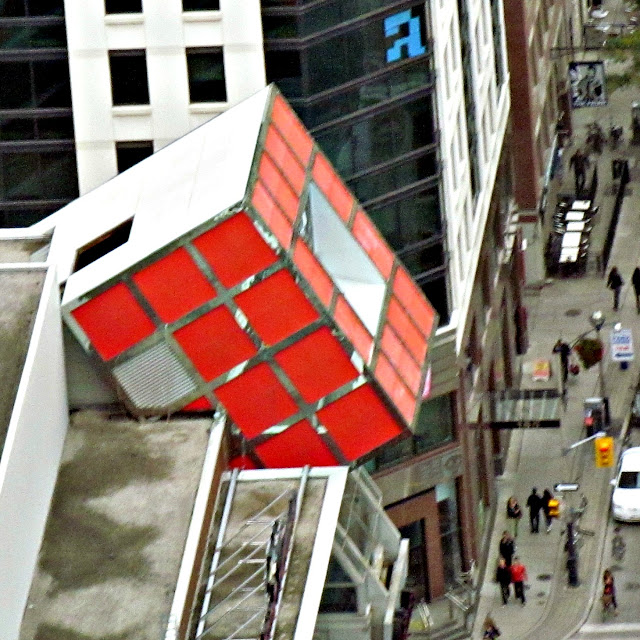 Looking over the rail yards which once cut off the city from the harbourfront.

The yellow bridge or Puente de Luz, "bridge of light", links the western portion of Concord CityPlace to Front Street West for bicyclists and pedestrians. The bridge was constructed by Concord Adex as part of the City of Toronto's requirements for linking the new neighbourhood to the rest of the city. It was designed by Chilean artist Francisco Gazitua and is costing $8 Million to construct and install.

The black bridge or The Sir Isaac Brock Bridge is a steel Warren truss bridge. It carries four lanes for motor vehicles with Toronto Transit Commission (TTC)'s streetcar tracks along Bathurst Street over the railway tracks south of Front Street. 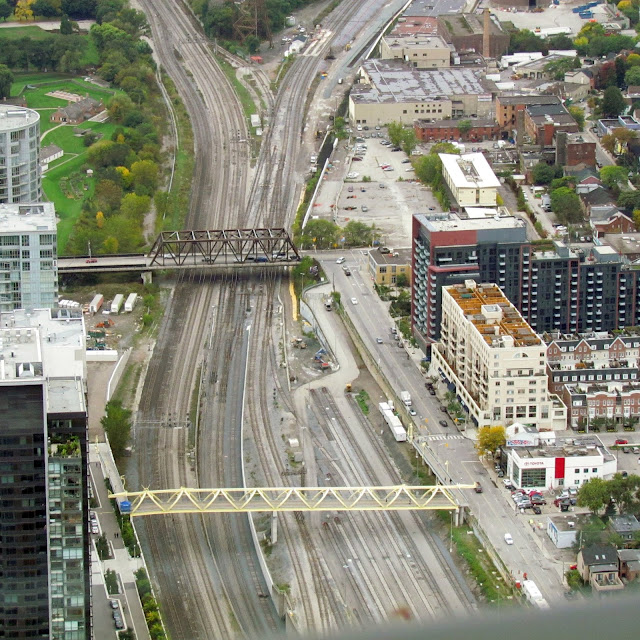 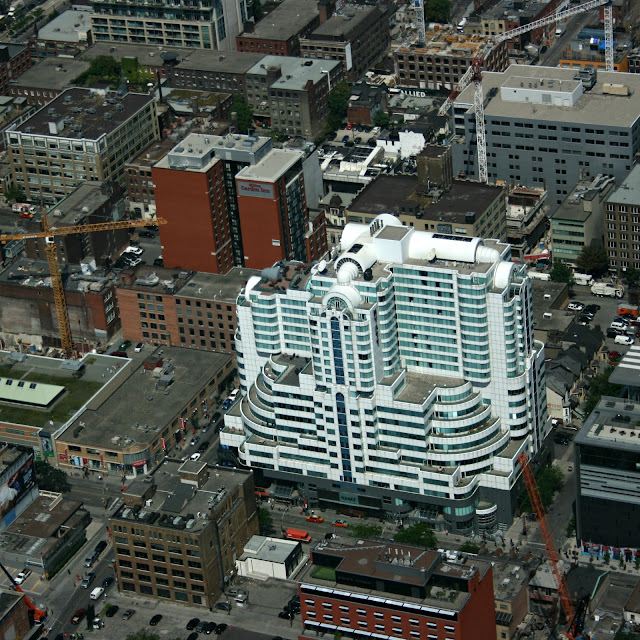