I'm not sure I will post every day but will try.

Photos taken from the revolving restaurant.

The CN Tower is a 553.3 m-high (1,815.3 ft) concrete communications and observation tower located in the city's downtown. Built on the former Railway Lands, it was completed in 1976. Its name "CN" originally referred to Canadian National, the railway company that built the tower. 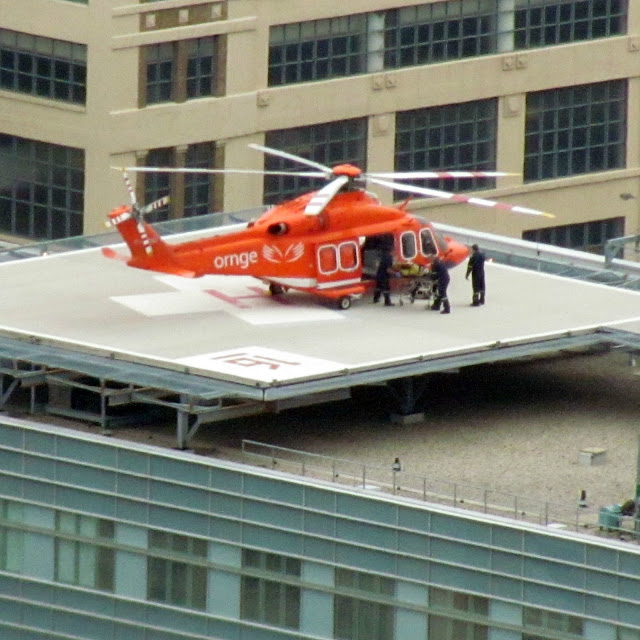 Roundhouse Park is a 17 acre (6.9 ha) park in Downtown Toronto in the former Railway Lands. It features the John Street Roundhouse, a preserved locomotive roundhouse which is home to the Toronto Railway Museum, Steam Whistle Brewing, and the restaurant and entertainment complex The Rec Room. The park is also home to a collection of trains, the former Canadian Pacific Railway Don Station, and the Roundhouse Park Miniature Railway. 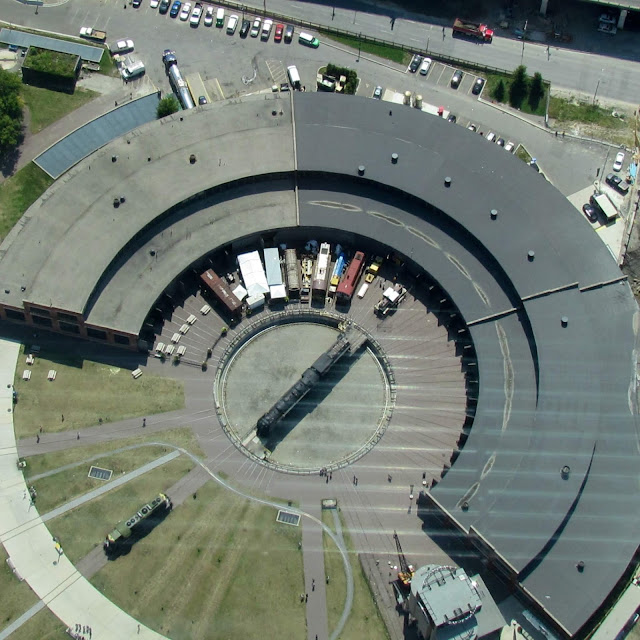 The Westjet Concert Stage is a 1,300-seat outdoor concert venue covered by a transparent roof and with open sides. The stage is fan-shaped and faces the picturesque Toronto harbour. It's the main attraction of many summer festivals, often featuring free performance by internationally renowned acts. 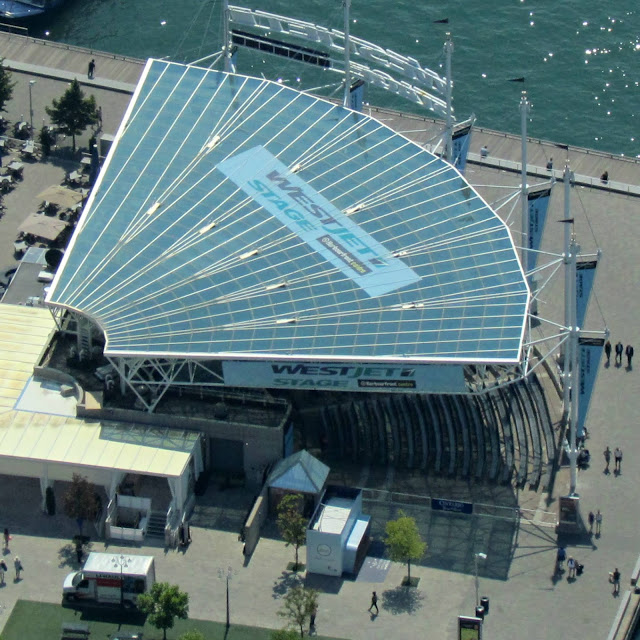