I'm not sure I will post every day but will try. I plan to only use Toronto roofs.
It's the last day of June, so the end of #RoofSquares which I have really enjoyed.


The No. 8 Hose Station is a small fire hall that is a Toronto landmark. It is located on College Street at Bellevue and marks the northern end of Kensington Market and serves the Chinatown area at Spadina and Dundas.

The hall was built in 1878 as part of the transformation of the Toronto Fire Department that saw it move from a volunteer to a professional organization. The station was home to horse drawn hose cars. The clock tower, that quickly became a symbol of the neighbourhood, was added in 1899. From the top of the tower a lookout would watch for fires. It was also useful for hanging hoses to dry. In 1911 it received the city's first motorized fire engine. 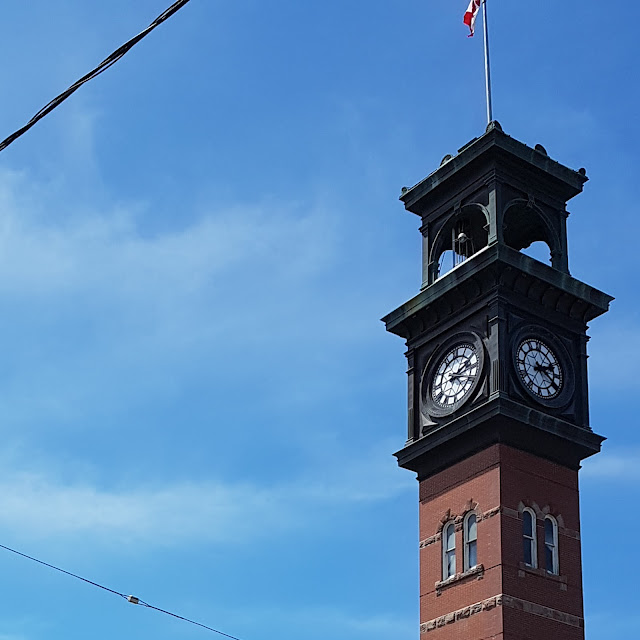 Over the last few weeks, demolition has been clearing the site of a planned 38-storey condominium tower on Yonge Street, north of College, in Downtown Toronto. The condo will come with a noteworthy restoration of the heritage 1871-built Fire Hall No.3’s clock tower, most recently associated with the St Charles Tavern. 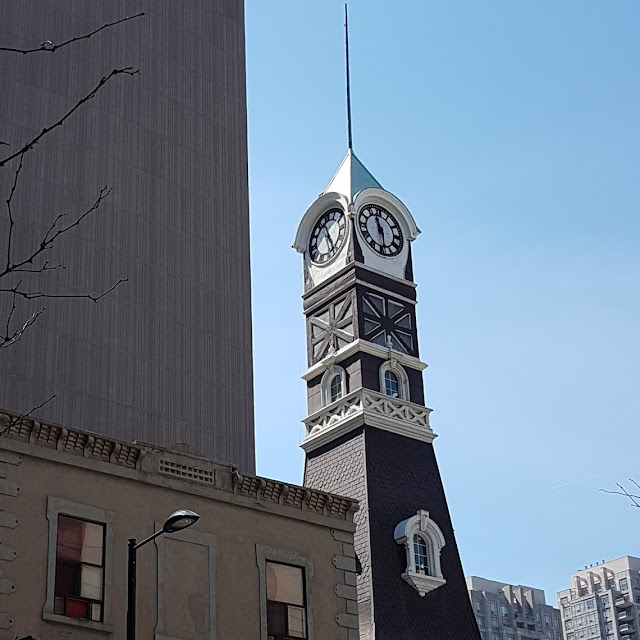 Station 312
Built: 1878 for Yorkville Fire Department, became TFD 10 upon annexation in 1883.
it is one of the city's oldest active fire halls. The two-storey structure has a five-storey clock tower with three bays (additional bay added later). It has a coat of arms from the old Yorkville Town Hall. It was restored in 1974. 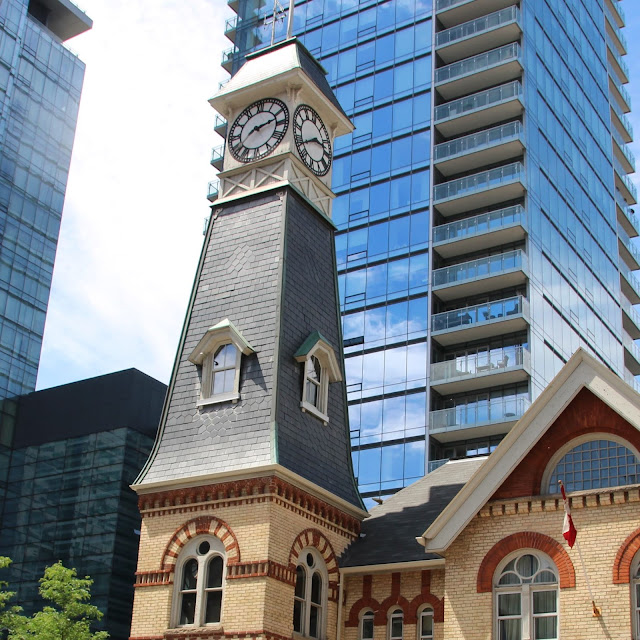