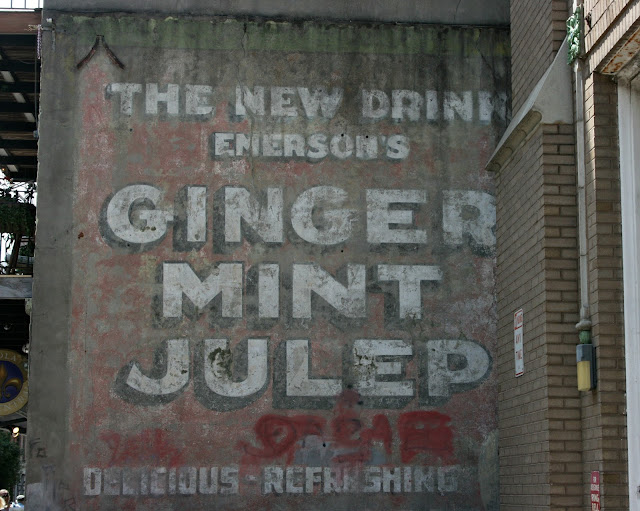 Isaac Edward Emerson was born in Chatham County, N.C., in 1859. His family moved to Chapel Hill in 1868. Emerson was graduated from the University of North Carolina as a chemist in 1879. He came to Baltimore in 1880, and opened a small drug store. As a young chemist, he worked out and patented the formula for Bromo-Seltzer, a headache remedy, upon which Emerson's immense wealth was based. Bromo-Seltzer's great popularity was due, in part, to Emerson's early recognition of the importance of advertising to sales. Emerson undertook world-wide advertising campaigns for Bromo-Seltzer, Emerson's Ginger-Mint Julep drink, and other products. These efforts included newspaper, magazine, and store ads, as well as more adventurous strategies like sponsoring the "Effervescent Hour," a program that aired on numerous radio stations in the 1930s.

Emerson organized the Emerson Drug Company, built the Emerson Hotel, and had large hotel and realty holdings in Narragansett, R.I., where he maintained a summer home. He was president of the Citro Chemical Works of America, Maywood, N.J.; chair of the American Bromine Company; and controlling owner of the Maryland Glass Corporation, one of the largest manufacturers of the blue glass ware in which Bromo-Seltzer and other medications were packaged. He also sat on the boards of directors of many banking institutions. For many years, the flashing light atop his Emerson Tower was a guide to airplanes flying around Baltimore.

An avid yachtsman, Emerson formed the Maryland Naval Reserve in 1894. During the Spanish-American War, he led his own naval force. After the war, he received the rank of captain.

Emerson and his second wife Anne Preston McCormack Emerson were known as a lavish entertainers, maintaining two yachts for parties and around-the-world tours. His daughter was Margaret Emerson McKim Vanderbilt Baker Amory, the Vanderbilt being Alfred G. Vanderbilt, who went down with the Lusitania in 1915. Margaret's daughter Gloria Baker was one of the nation's most popular and richest women when she made her 1938 society debut in a $50,000 dress. Gloria, who one newspaper cited as having "more suitors than her mother had husbands," married first tin heir Henry J. Topping, Jr., then Brigadier General Edward H. Alexander. Source
Posted by Jackie McGuinness at 1:00 AM