The Tip Top Tailors Building, now known as the 'Tip Top Lofts' is a former 1920s industrial building converted to condominium lofts. It is located on  Lake Shore Boulevard West just west of Bathurst Street, near the waterfront. It was the former headquarters of Tip Top Tailors Ltd., a Canadian menswear retailer. 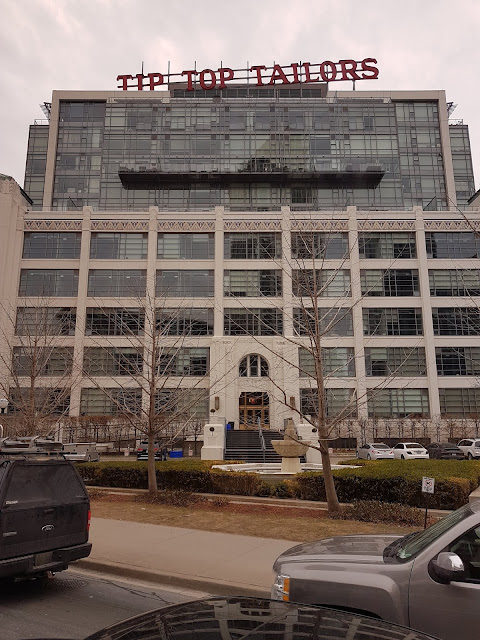 Click here for a great article about watching a ball game in that stadium. The street beside Tip Top is now named Stadium Road. 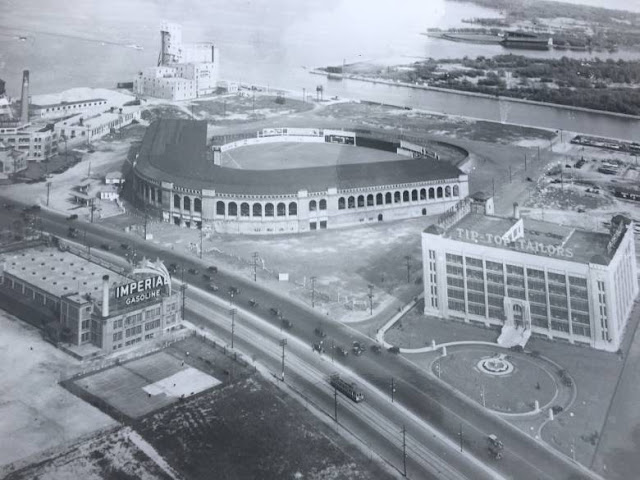 In spring 2002, Dylex sold the property to Context Development, which converted it into condominium lofts. The conversion was designed by architects Alliance of Toronto. The conversion included the addition of six stories on the roof. The neon 'Tip Top Tailors' rooftop sign was retained and given a slant. 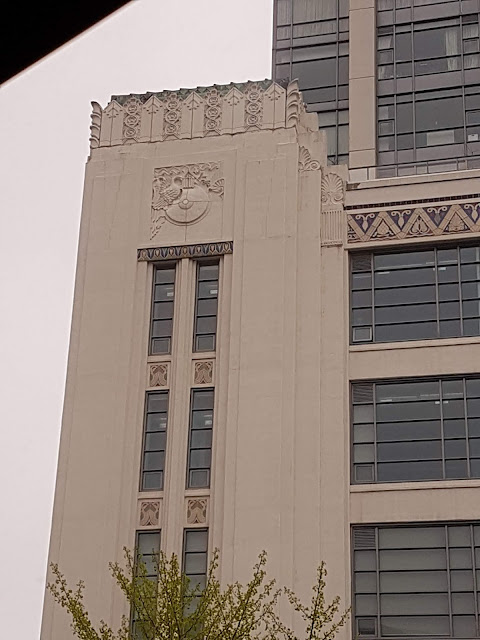 We have several personal connections with this building. Tip Top were John's client when he worked in MasterCard so he visited this building when it was still offices in the early 1990s.

We also know someone who lives in the building and have been inside the condos.

I also have a friend who told me that one of her first jobs was working in this building probably back in the 1960s. 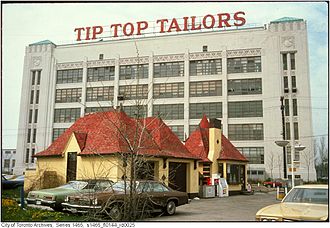 Tip Top Building in the background with a Joy Gas Station in front, ca. 1980
Posted by Jackie McGuinness at 12:30 AM