The Sky Tower is an observation and telecommunications tower located on the corner of Victoria and Federal Streets in the Auckland CBD,  It is 328 metres (1,076 ft) tall, as measured from ground level to the top of the mast, making it the tallest man-made structure in the Southern Hemisphere. It has become an iconic landmark in Auckland's skyline due to its height and unique design.
The tower is part of the SKYCITY Auckland casino complex, originally built 1994 - 1997 for Harrah's Entertainment. The tower attracts an average of 1,150 visitors per day (over 415,000 per year).

We were staying in the casino hotel. 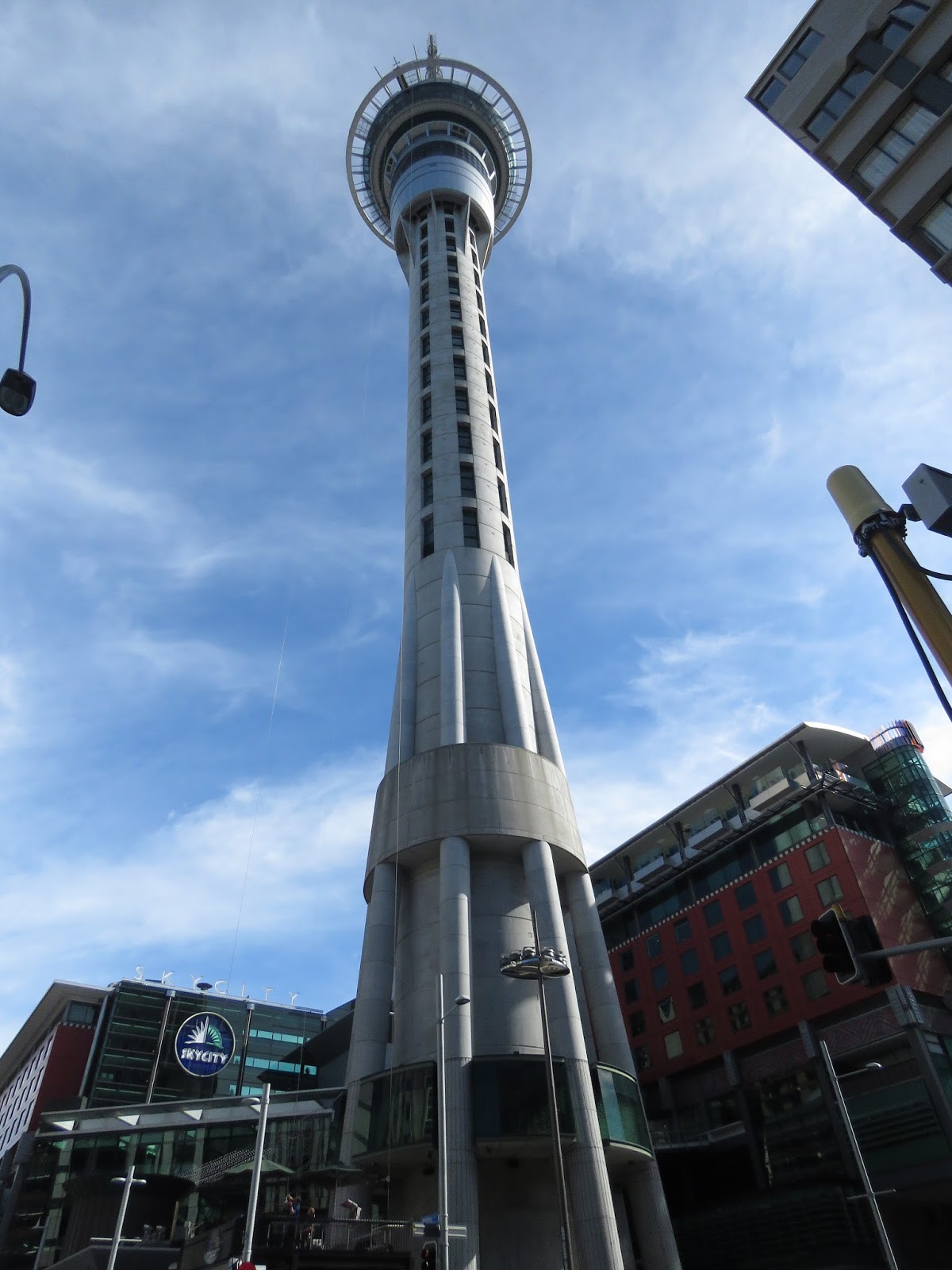 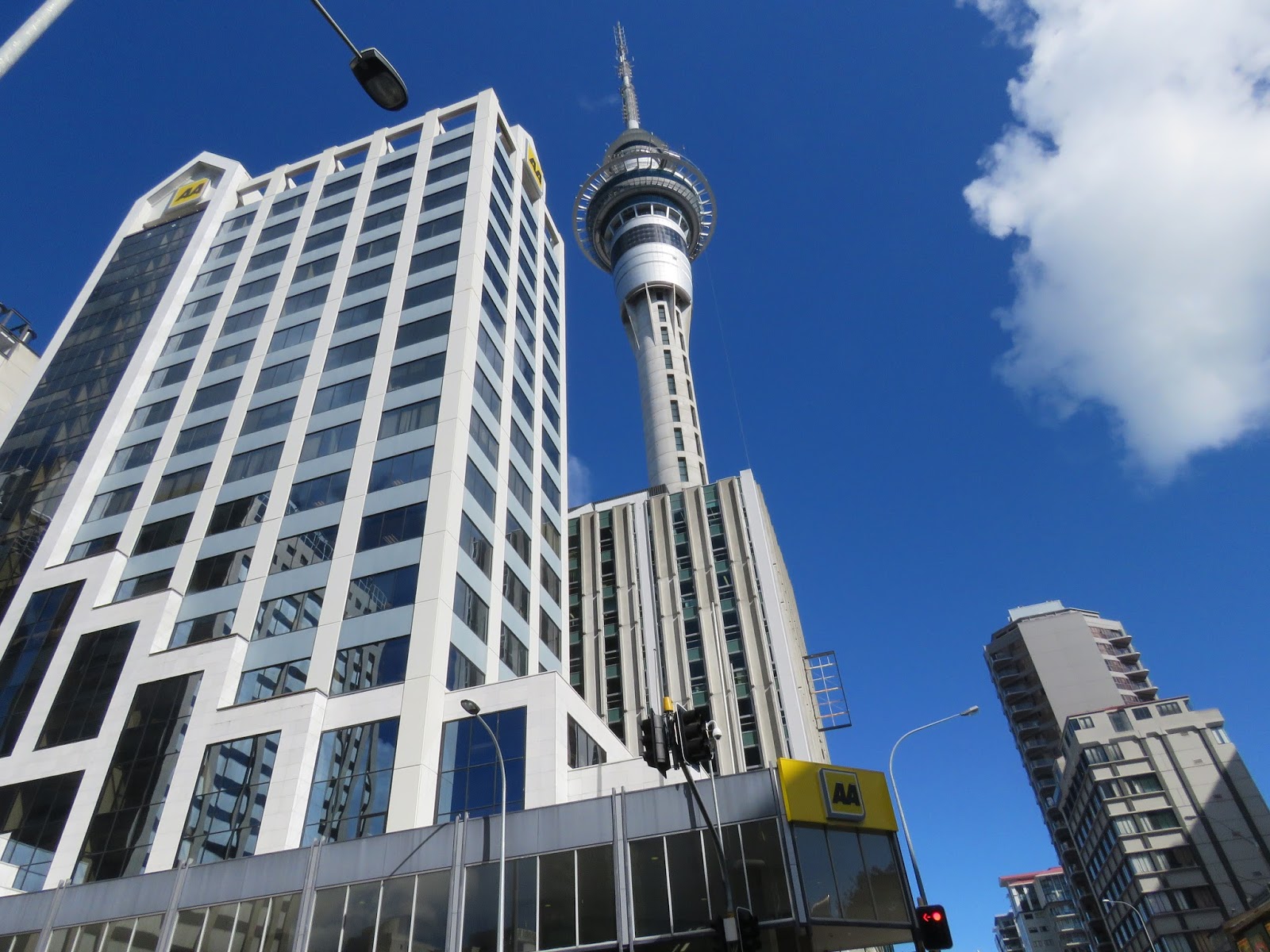 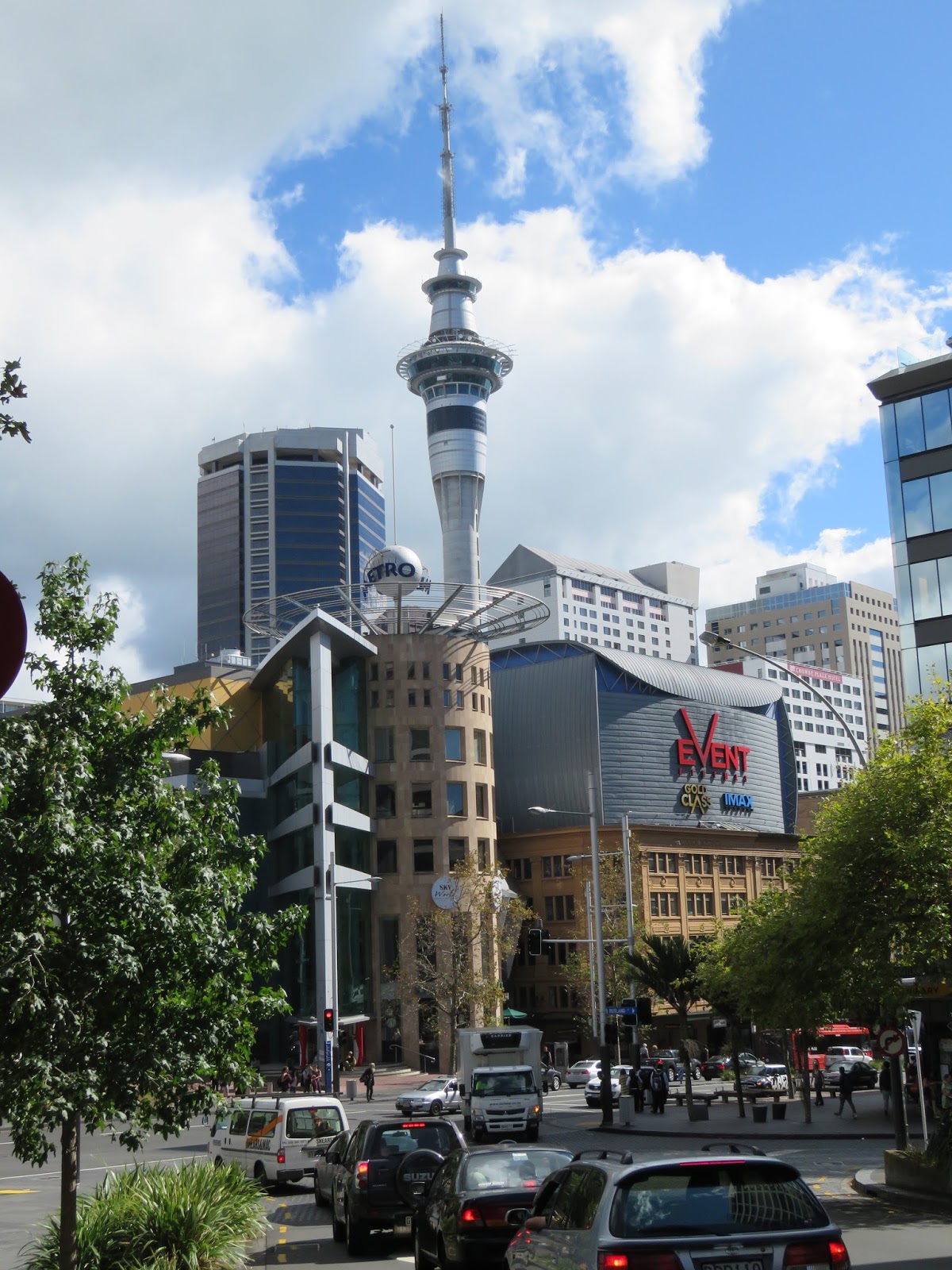 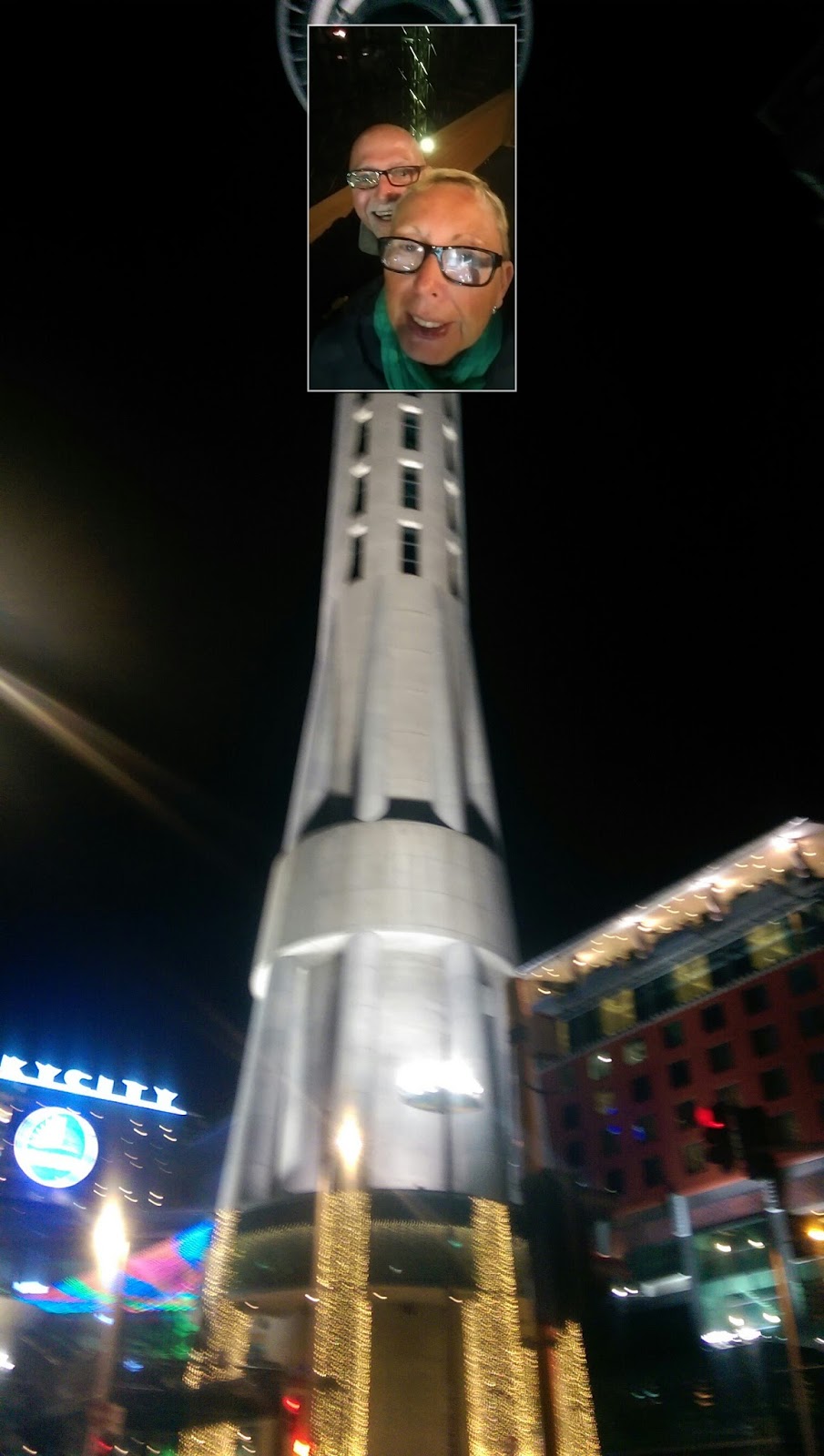 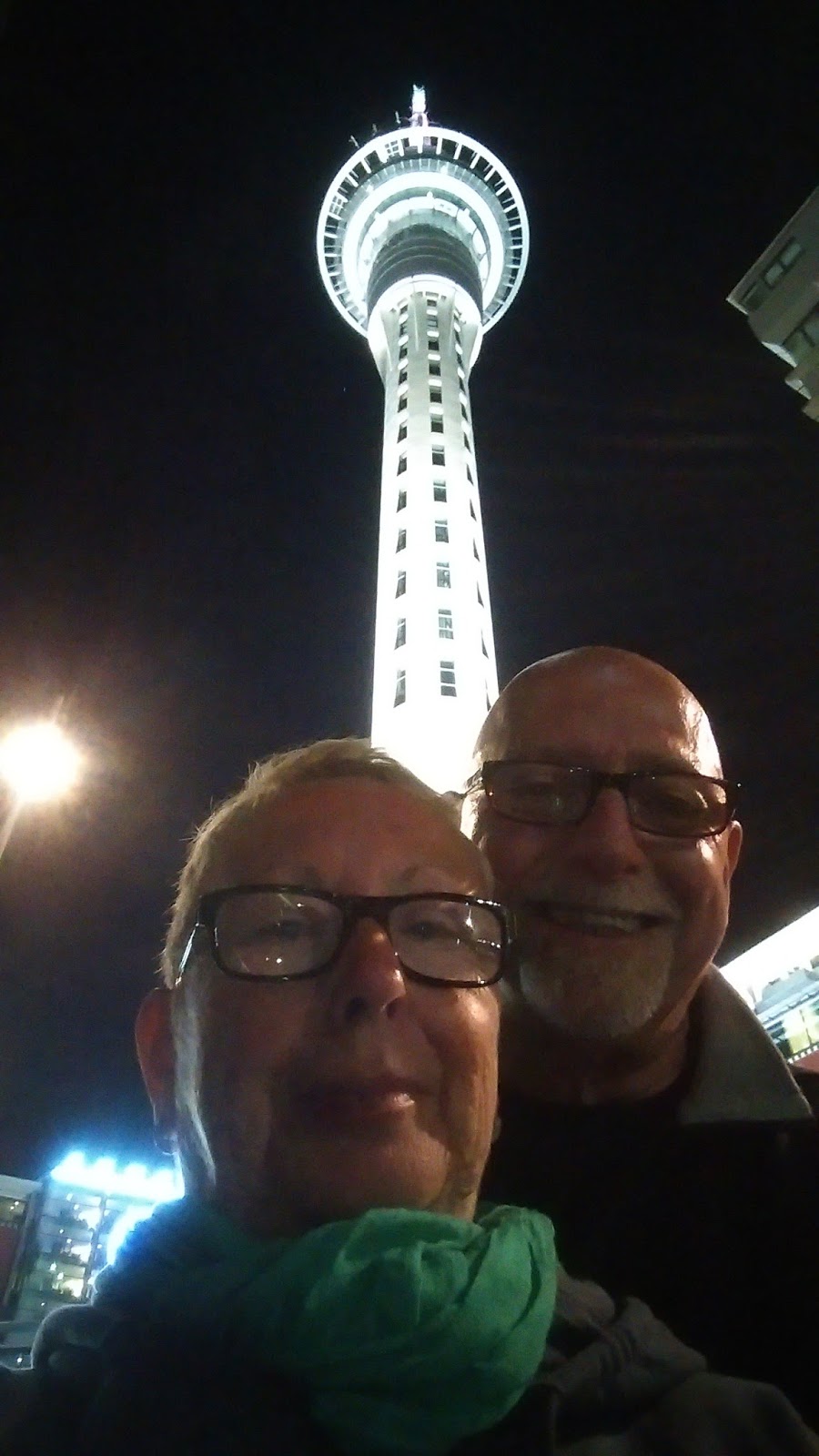 Posted by Jackie McGuinness at 6:06 PM