Song-ography is hosted by You'll Shoot Your Eye Out, a fantastic photographer and funny lady.
Also posting at Sweet Shot Tuesday.

This week Australians and New Zealanders have an annual day of remembrance.

Observed on 25 April each year, Anzac Day was originally to honour the members of the Australian and New Zealand Army Corps (ANZAC) who fought at Gallipoli against the Ottoman Empire during World War I.

Anzac Day is a national day of remembrance in Australia and New Zealand that broadly commemorates all Australians and New Zealanders "who served and died in all wars, conflicts, and peacekeeping operations" and "the contribution and suffering of all those who have served."

We spent a lovely day in Melbourne with a couple we had met the month before on a Mekong River cruise who were nice enough to spend their Sunday showing us around.
Melbourne is a city I would definitely return to.

One of our first stops was the Shrine of Remembrance. It was early in the day and there were many cadets being shown around. 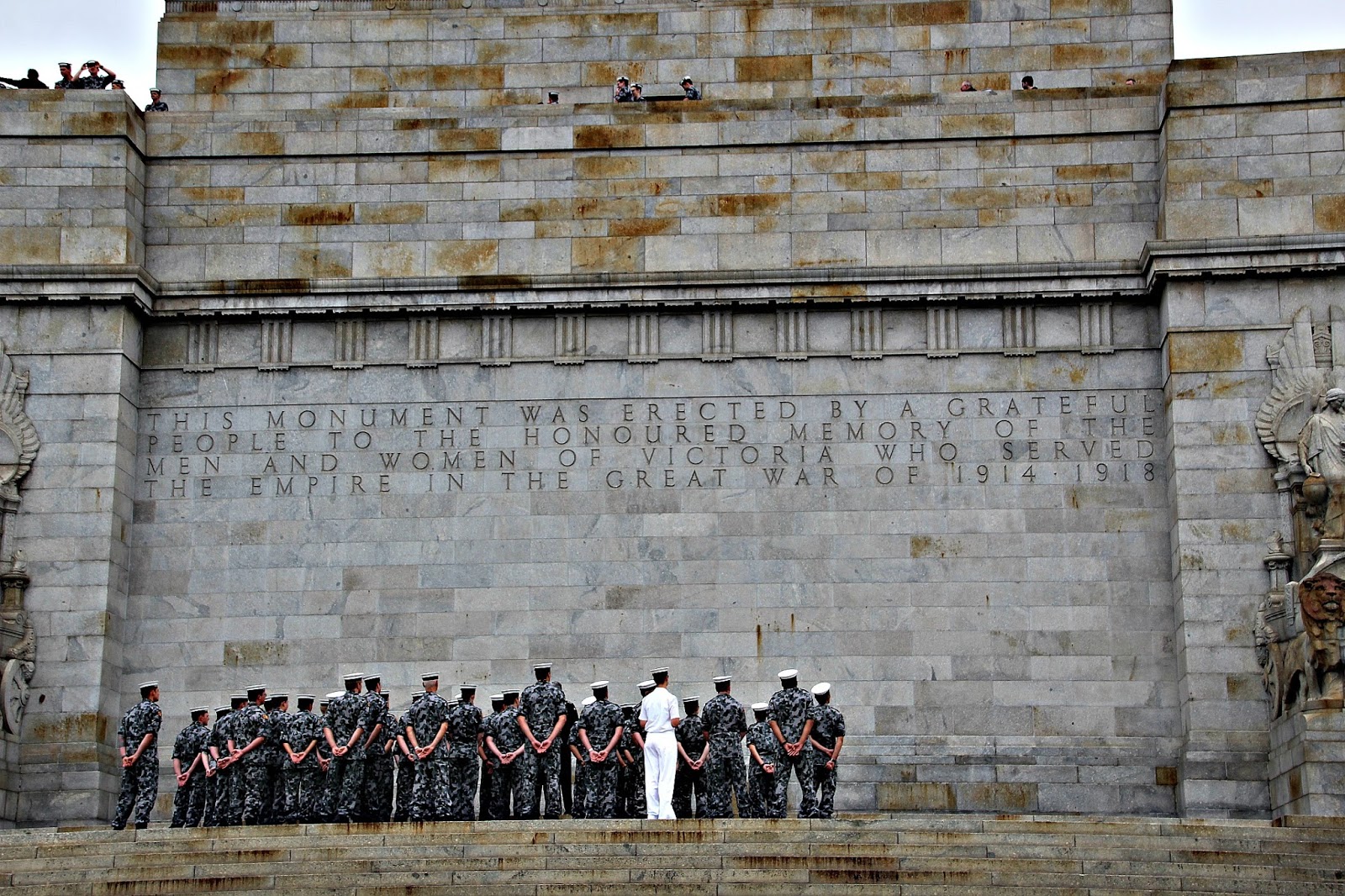