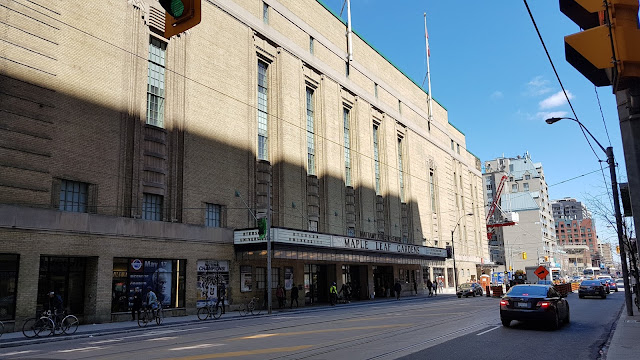 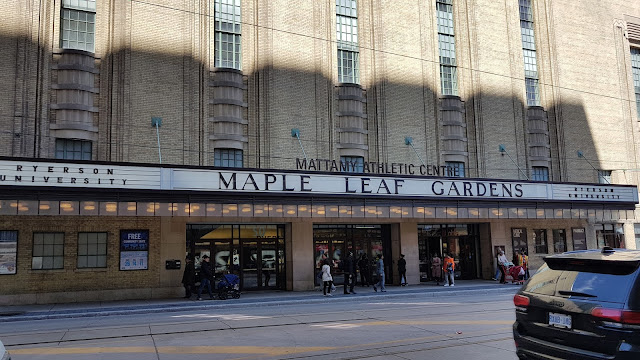 Maple Leaf Gardens is considered one of the "cathedrals" of ice hockey, it was home to the Toronto Maple Leafs of the National Hockey League from 1931 to 1999. The Leafs won the Stanley Cup 11 times from 1932 to 1967 while playing at the Gardens. The first NHL All-Star Game, albeit an unofficial one, was held at the Gardens in 1934 as a benefit for Leafs forward Ace Bailey, who had suffered a career-ending head injury. The first official annual National Hockey League All-Star Game was also held at Maple Leaf Gardens in 1947.

The Toronto Maple Leafs had been playing in the Arena Gardens on Mutual Street. It was built in 1912 and held 7,500 for ice hockey. By 1930, Leafs managing director Conn Smythe decided the Arena was too small and he wanted to build a new arena, larger and more impressive. After considering various sites, the site at the corner of Carlton and Church was purchased from The T. Eaton Co. Ltd. for $350,000, ($5.48 million in 2016 dollars),  a price said to be $150,000 below market value. The new 12,473 seat (14,550 including standing room) arena was designed by the architectural firm of Ross and Macdonald.

The Maple Leafs now play at the Air Canada Centre.

It has since been reconstructed for other uses. Today Maple Leaf Gardens is a multi-purpose facility, with Loblaws occupying retail space on the lower floors and an arena for Toronto's Ryerson University, known as Mattamy Athletic Centre at the Gardens, occupying the top level.
Click here to visit the amazing Loblaw's. 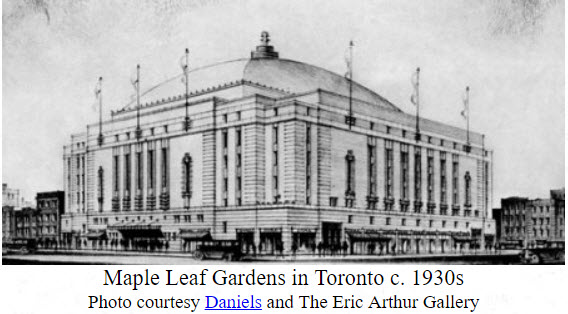 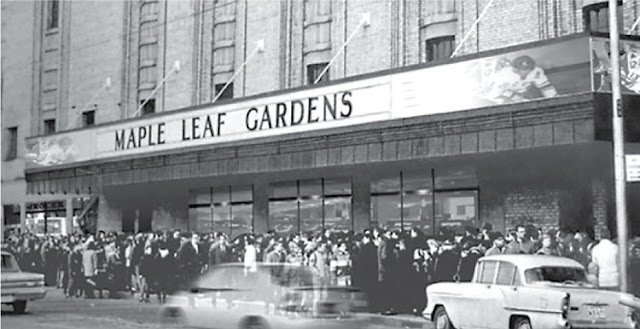