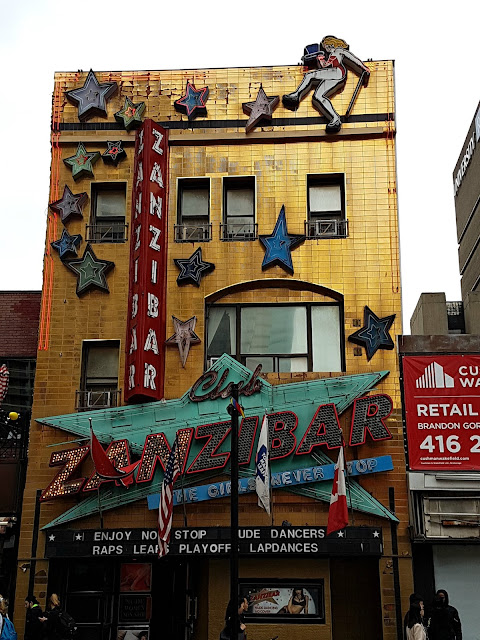 The Zanzibar Tavern is an adult entertainment nightclub and local landmark found on Toronto's Yonge Street strip. It is one of Toronto's oldest nightclubs, which celebrated its 50th anniversary in 2010. The bar originally opened as a live music venue, one of several on Yonge Street between Gerrard and King in the 1950s and 1960s. The Zanzibar featured jazz and blues in the early 1960s. In the second half of the decade, it became the multi-media "Zanzibar A-Go-Go" dance club featuring rock and roll, go-go dancers and then topless female dancers. In the 1970s the tavern became a strip club, reflecting the transformation of the Yonge Street strip from a live music centre in the 1960s to a centre for the sex industry in the 1970s. 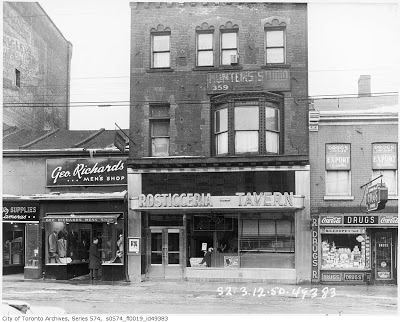 The Rosticceria Tavern(1950) is now the Zanzibar Strip Club.