Yonge and Bloor. Here is a great collection of photos over the years.


The One will be an 85-storey condominium when completed.
My photo taken this week.
Also note the all ways crossing.
A pedestrian scramble, also known as scramble intersection and scramble corner (Canada), 'X' Crossing (UK), diagonal crossing (US), exclusive pedestrian interval, or Barnes Dance, is a type of traffic signal movement that temporarily stops all vehicular traffic, thereby allowing pedestrians to cross an intersection in every direction, including diagonally, at the same time. 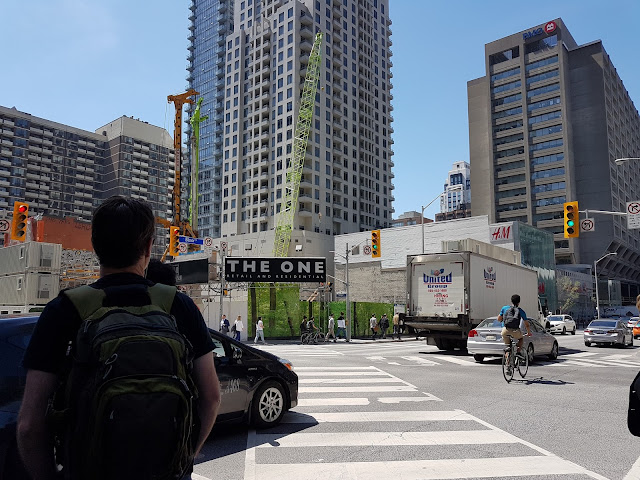 The store under the blue BMO sign was Stollery's.
The Toronto menswear store Stollery's closed its doors in 2014 where it sold suits and ties to businessmen at the corner of Bloor and Yonge for 114 years.

Having what is arguably the best retail location in Canada’s largest city was likely one of the reasons the store survived generation after generation of upheaval in retail. 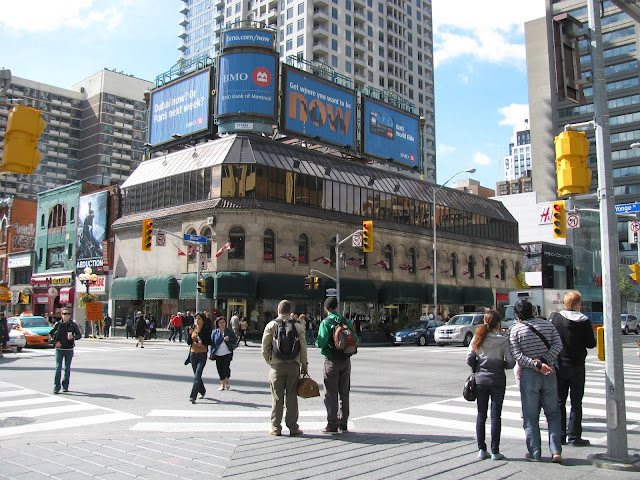 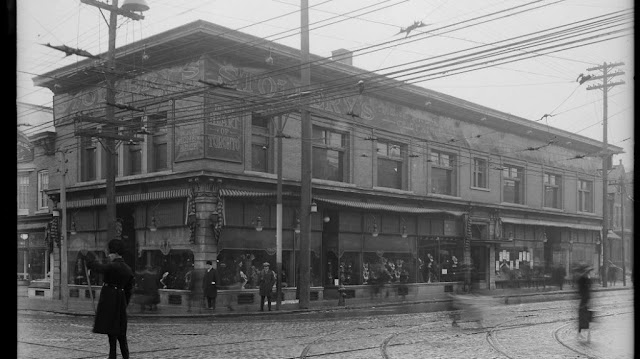 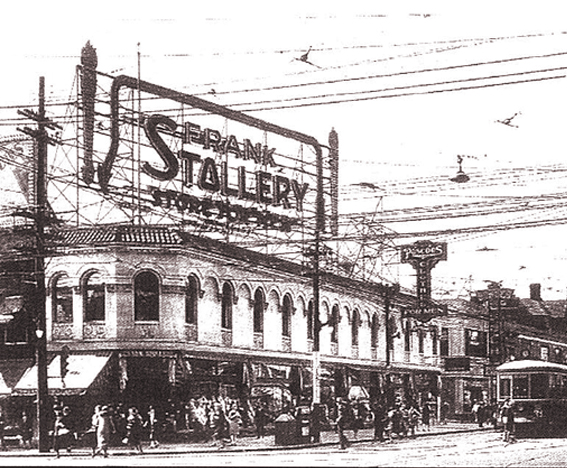