We spent two months in Las Vegas from December 2012 to January 2013. That was our first winter as snowbirds. We loved it and spent a lot of time off the beaten track.

Las Vegas has so many iconic neon signs that have been preserved.

Vegas Vic is the unofficial, yet most widely used name for the Las Vegas, Nevada neon sign that resembles a cowboy that was erected on the exterior of The Pioneer Club in Las Vegas in 1951. The sign was a departure in graphic design from typeface based neon signs, to a friendly and welcoming human form of a cowboy. The sign's human-like abilities of talking and waving its arm constituted an immediate acceptance as the unofficial welcoming sign reproduced thousands of times over the years and all over the world. The sign is currently owned by Schiff Enterprises and can still be found at 25 E Fremont Street, where he has been since 1951 on the exterior of what used to be The Pioneer Club but is currently a souvenir shop also owned by Schiff Enterprises. 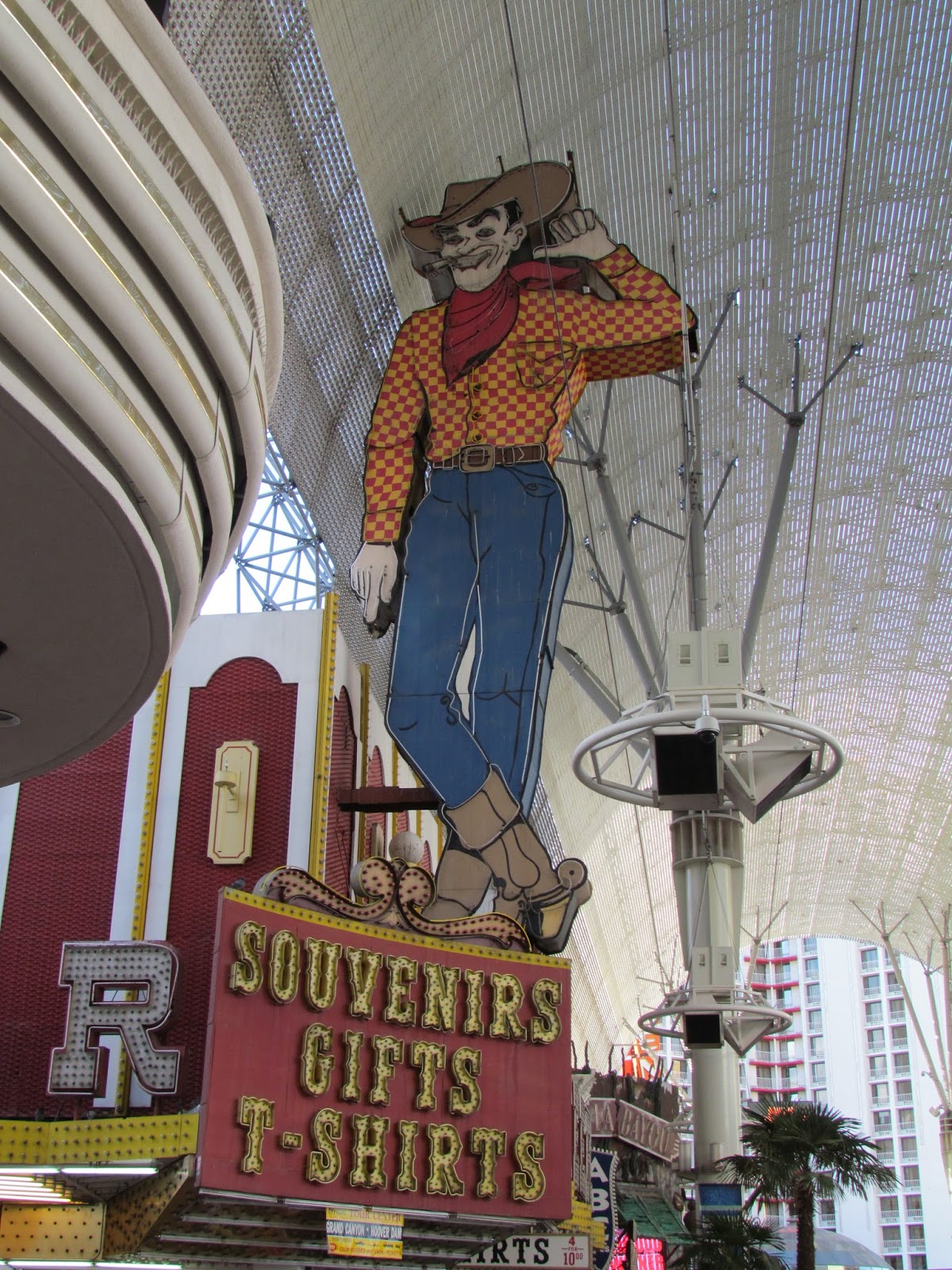 Although the Pioneer Club no longer operates as a casino, the 40-foot (12 m) neon cowboy that was its mascot still exists. In 1947, the Las Vegas Chamber of Commerce hired a West-Marquis firm to draw visitors to Las Vegas. The company then created the first image of Vegas Vic and his friendly "Howdy Podner" greeting. Due to the popularity of the cowboy, Young Electric Sign Company was commissioned to build a neon-sign version by the owners of the Pioneer Club. They then commissioned Pat Denner, who modeled it after the image in use by the Las Vegas Chamber of Commerce. The neon version was complete with a waving arm, a moving cigarette, and a recording of "Howdy Podner!" every 15 minutes. Vegas Vic was then erected on the exterior of the Pioneer club in 1951 on the southwest corner of First Street and Fremont Street replacing the sign that simply said Pioneer Club with an image of a horse drawn covered wagon.

In 1966, Lee Marvin was filming The Professionals and staying at the Mint Hotel. Marvin complained that Vegas Vic was too loud, so casino executives silenced Vegas Vic and it was left that way for nearly two decades. The speaking was restored in the 1980s, but as of 2006 no longer works. The arm stopped waving in 1991.
Posted by Jackie McGuinness at 4:09 PM